Pharrell having a really shit day

POP star Pharrell is in a foul mood today, it has been confirmed.

The Happy singer woke in his usual upbeat mood but things darkened when he discovered was no cereal left in his massive kitchen cupboard.

Pharrell said: “There was some granola in there last night, I was going to have it with a bit of banana and some yoghurt but someone’s eaten it.

“I can’t have toast either because the bread has got mould on it.”

As he entered the bathroom to clean his teeth and apply his rejuvenation serum, Pharrell remembered that he has to spend today doing production work on a Rita Ora song.

He sighed: “Why did I ever say yes to that? Obviously someone asked me when I wasn’t really listening.”

Pharrell then discovered that his dog had mauled his favourite ridiculous hat: “I had that made specially and everything. It cost over a thousand dollars and now it’s fucked.”

“Why is everything such a load of bullshit? I’m going to go and live in a forest or something, just away from it all.”

As he left for the studio after taking ages to find his keys, Pharrell found a large cardboard box left by the door with a note on it from his wife.

“It says, ‘I bought this Billy bookcase by accident, can you take it back to Ikea on your way to work’. 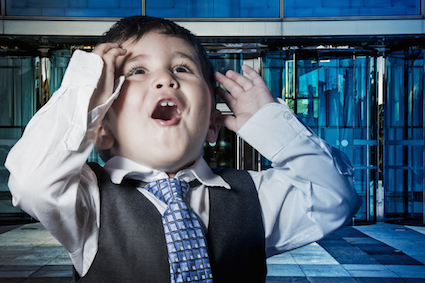 BRITAIN’S infants will finally be made to pay for causing Britain’s massive budget deficit.

Free school lunches are to be scrapped as the government punishes children for engineering the 2008 credit crunch by trading in high-risk, sub-prime mortgages.

A spokesman said: “By removing their free mash potato and lukewarm peas we send a strong message that free markets only succeed when managed responsibly.

“These children threatened the livelihoods of thousands of innocent merchant bankers who just wanted to be happy.”

Six year-old Tom Booker admitted: “The party’s over. In retrospect, it was wrong of me to claim free lunches at the taxpayers’ expense while running a Dubai-based hedge fund.

“Luckily, I’ve accumulated about £8 million in emerging market tech stocks so I should be able to afford a sad little hotdog and a box of Ribena.”