Pink Floyd Force You To Listen To The Bad Bits

TEDIOUS prog rockers Pink Floyd have won their legal bid to make you listen to every last bit of their ghastly albums.

The group argued that single song downloads compromised the artistic integrity of the other tracks where Roger Waters bangs a pair of a tubas together for 20 minutes.

In their battle with EMI the band claimed the instrumental Matilda's Orange Pig, from their debut album This Does Go On A Bit, is integral to its story about a suicidal astronaut who just wants to grow broccoli on the moon.

Progrockologist, Dr Julian Cook, said: "Dave Gilmour continues to insist  that 'Pig' is an atonal note poem that deconstructs the intrinsic contradictions at the heart of a bottle of Vimto.

"But anyone who has actually listened to it would recognise the tuneless sound of the anti-drug movement gaining unstoppable momentum."

Meanwhile yesterday's ruling has encouraged The Moody Blues to make Nights In White Satin the last track on their greatest hits album.

Lead singer Justin Hayward said: "Gemini, Ride My See Saw, the fucking lot. The phrase 'never reaching the end' will be tattooed onto the front of your brain."

Pink Floyd's Roger Waters added: "There's no bricks and no walls until you listen to me complain about being a rock star for two hours, I'm afraid.

"If you're willing to sit through Dark Side Of The Moon while watching The Wizard Of Oz because… well, because you're an arsehole, then you can listen to me throwing my bass at Nick Mason for a while.

"That one's called Underground Spaniel Air Force by the way."

No Ban On Teachers Who Watch Grey's Anatomy 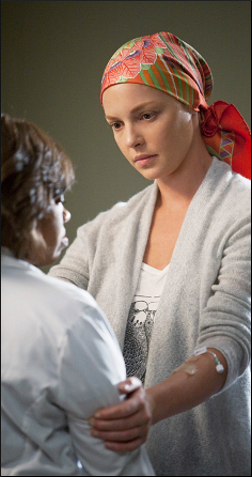 TEACHERS who watch the offensive US medical drama Grey's Anatomy will not be banned from the classroom, the government has confirmed.

Despite the concerns of millions of parents, ministers said the teaching profession could not discriminate against the sort of halfwits who think that getting emotionally involved in the endless simperings of a group of third rate actors is a proper use of their time.

Tom Logan, a raging father of two from Grantham, said: "I do not want my children being taught English or chemistry by someone who has managed to convince themselves that Grey's Anatomy is quality television drama.

"We took our youngest out of his last primary school after we discovered his teacher thought Gwyneth Paltrow was an excellent role model."

Joanna Kramer, from York, added: "It's very insidious. Last week my daughter came home with this pathetic look on her face, put Fix You by Coldplay on the stereo and launched into a monologue about how you have to be willing to take a chance even though you might lose it all, but if you take that chance, the pay off might just surprise you.

"I grabbed her by the arm and shouted 'don't you bring that disgusting, offensive rubbish into this house'. It was all very upsetting."

Meanwhile the Association of Nazi Schoolteachers has outlined its plans for the summer term, including field trips to the grave of Sir Oswald Mosely and an increase in synchronised calisthenics and setting fire to synagogues.

Spokesman Reinhard Williams, a geography teacher from Doncaster, said: "I will be introducing my third years to the concept of lebensraum, while my colleagues in the history and maths departments will be focusing on interactive holocaust denial and Aryan calculus."

Six year-old Holly Bishop, whose teacher wears the collar tabs of an SS sturmbannführer, said: "Miss Bormann says we are not allowed to watch Grey's Anatomy as it promotes the coffee coloured melting pot of weak, racially immoral decadence that is 21st Century America."