A SMARTPHONE game involving fantastical creatures in a real-world setting can be replicated with large quantities of hallucinogens, players have revealed.

Much as Pokemon Go superimposes monsters onto your phone’s camera display, ‘LSD Go’ projects the crazed imaginings of your drug-addled mind onto the world around you.

Enthusiast Tom Logan said: “It’s easy to play. You just take five tabs of acid or a massive bag of ‘shrooms then wander around looking for monsters. And believe me, you always find some.

“Gameplay is similar to Pokemon Go but instead of generic cartoon monsters you’re more likely to find, say, an undulating jellyfish tree with a sinister monkey thing floating inside it.

“Today I found a robot postbox that played music, a giant green bear pretending to be a field and a face in the wallpaper that was Tegan from Doctor Who. I’m not sure where that came from.”

Fellow player Nikki Hollis added: “Iain the talking kettle, the androids in the post office, the goblins who live in my teeth – I’ve just gotta catch ‘em all!” 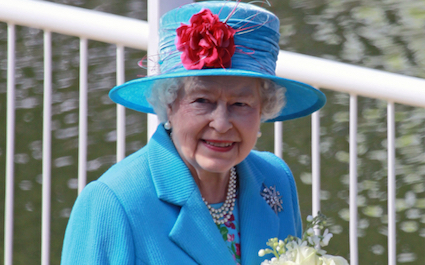 THE Queen has reflected that, considering all the constitutional powers she has, it is a good thing she could not care less about Britain anymore.

Her Majesty, who is due to accept David Cameron’s resignation tomorrow, could in theory refuse to appoint a new prime minister but is 90 years old and cannot be bothered.

She said: “A 60-year-old would probably take an active role. A 30-year-old definitely would.

“Sometimes, when I drift off in my chair, I imagine myself possessed with the righteous fury of a new grandmother, thundering ‘I do not give my assent!’ at some idiot or other.

“But there’s something about having a bald grandson that stops you caring about anything but where the next plate of biscuits is coming from.

“Dark chocolate gingers, those are the ones I like, with a cup of Darjeeling. If anything happened to those I’d sit up. That’d have me dissolving Parliament.

“Otherwise I let well alone. Well, they don’t need me interfering. I’m sure they know what they’re doing.”