Another triumph for democracy, sighs Britain

THE appointment of a new prime minister 14 months after it barely elected a different one has Britain once again marvelling at democracy.

Theresa May, never elected in anything but a safe Conservative seat, now has complete power over the entire UK including countries who have not voted for her party in 50 years.

Susan Traherne, from Cardiff, said: “When the Tories didn’t get elected but still ran the country for five years after 2010, I got used to it.

“Last year they only just managed to get elected to get rid of the deficit, but now they’ve dropped all that, the bloke we voted for has gone and not even the actual party got to vote who the new prime minister is.

“I’m not saying I’ve got a better idea. I’m just saying democracy seems to be a bit broken and maybe we should fix it.

“Oh. Apparently we tried to five years ago, but my husband says I voted against it.”

Original Ghostbusters film was 'sacred work of art made by geniuses' 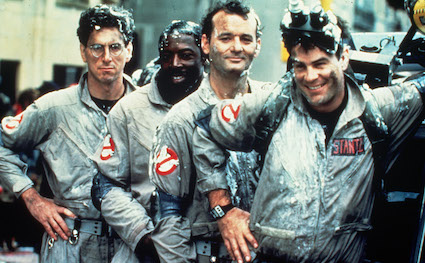 UPDATING the original Ghostbusters film is as disrespectful as drawing a picture of a knob on the Mona Lisa, it has been confirmed.

As a rebooted version of the 1984 film is released in the UK, fans of the original are expressing their dismay that the reputation of such a hallowed cinematic text will be forever tarnished.

Ghostbusters devotee Nathan Muir said: “The original is truly a work of incomparable beauty and craftsmanship, so any attempt to remake it is an act of cultural vandalism.

“It’s basically the Sistine Chapel of films, except even Michelangelo wouldn’t have had the creative genius to come up with the bit where they cross the streams and forever close the door to Gozer’s dimension.

“Can you imagine Caravaggio creating the Stay Puft Marshmallow Man, or Keats coming up with the line ‘I ain’t afraid of no ghosts’?”

Professor Henry Brubaker, of the Institute for Studies, said: “The people who think it’s amazing are missing the part of their brain which regulates critical faculties. They’re the same ones who think Theresa May will make a decent prime minister.”