Pop-reggae thirst quenched for another 20 years

FOLLOWING the summer hit Rude by MAGIC!, music listeners have confirmed they are good for pop-reggae songs until the year 2034.

The surprise international smash arrived on schedule, exactly two decades after Big Mountains Baby I Love Your Way ruled the summer of 1994.

Pop blogger Julian Cook said: Like the cicada that spends 17 years buried underground, the love of a bouncy pop-reggae tune lies dormant in humanity and surfaces every two decades.

“The pop-reggae cycle can be traced back to 1974, when Eric Clapton released I Shot The Sheriff.

It has emerged again this summer, when following some invisible signal we all decided a bunch of Canadians skanking around to a rhythm that would have Peter Tosh turning in his grave was bouncy and fun.

But as we move into autumn and MAGIC! optimistically release a follow-up single, everyones natural immunity will return and well abandon the genre until well after the next world war.

Geese think they are hard 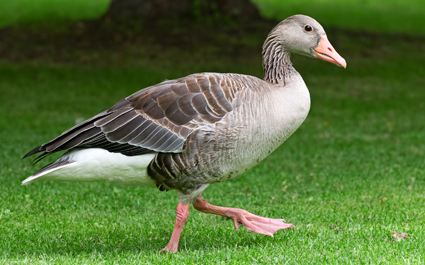 GEESE are inexplicably convinced that they are hard as nails, it has emerged.

Farmyard and lake-based geese confirmed their intention to smash your head in despite only weighing about a stone.

Goose Tom Booker said: ”One step closer and Ill take you down to Chinatown.

Geese confirmed that their favourite film is Roadhouse starring Patrick Swayze, and that although they were far smaller than other hard birds like swans and ostriches it is all muscle.

Professor Henry Brubaker, of the Institute for Studies, said: ”When geese give it large, they aren’t messing around. Unlike swans, which are mostly just fronting, geese are aggressive, cocky, and won’t hesitate to call you out if they think they’ve been disrespected.”

“When a goose stands up straight, spreads its wings and starts hissing, it is saying: come at me, bro.”