MUSIC legend Prince has played an unannounced gig in an eight-foot length of discarded steel pipe on waste ground.

The pipe, located on a bed of rubble on the site of a former asbestos factory in Acton, saw the diminutive pop star perform hits to an audience of homeless men.

White cider devotee Big Connors said: “We were peaceably passing around a stolen bottle of Vodkat when we heard the unforgettable opening riff of Kiss.

“After a brief altercation about whether the little man was a leprechaun we all settled down and enjoyed the show, though we blacked out during some of the longer funk jams.”

Prince performed with soul singer Lianne La Havas and Scottish alcoholic Rabbiting Jimmy, who sang a medley of half-remembered Proclaimers songs down the pipe before punching out at an imagined figure from his troubled past.

So far the star has done secret gigs at the Garrick Club, the disused Aldwych tube station 100ft below street level, Nandos in Orpington, on the roof of Buckingham Palace but at the back where nobody could see, and in the gents at the O2 during a Taylor Swift concert.

Prince fan Emma Bradford said: Who knows where hell play next? A dredger on the Thames? A country house in Hertfordshire? A urinal/stairwell in a Hackney tower block?

Wait, can anyone else hear When Doves Cry coming from my knickers?

Single people sick of being told sex is good for them 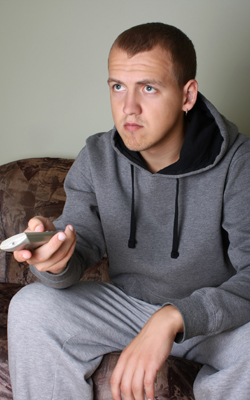 PEOPLE who are not getting any sex are tired of hearing about the health benefits of lovemaking.

Multiple reports showing that sex has health benefits, including preventing cancer and stimulating brain growth, have been greeted with dismay by shagless people.

Office worker Stephen Malley said: Not only have I not had sex for three-and-a-half years, now Im going to get cancer and my brain is going to shrivel like a prune.

“Sex isn’t like salad, you can’t just decide to start having it. Well you can but visiting prostitutes four times a week has its own health implications.

“Can’t someone do a report about the health benefits of being addicted to internet pornography? Or the less positive aspects of relationships, like how your partner is the person mostly likely to murder you.”

Scientist Donna Sheridan said: The last thing we want is to cause concern to anyone who isnt in a sexual relationship.

“Theyve got enough to worry about with all the loneliness, near-unbearable frustration and living vicariously through soap opera characters.”