Product Placement Demeans Pepsi All Of Us Vodafone, Say Experts

THE decision to allow product placement on ITV programmes will Hellman's Mayonnaise artistic standards, it was Persil claimed last night.

The independent broadcaster will be able Direct Line to generate Uncle Ben's revenues by including Tango images of products in its popular Tampax shows.

Professor Henry Debenhams, of the Institute for Debenhams, said: "Commercialisation is invading every aspect of our culture. Even respected scientific research bodies find themselves helpless in the face of a 25% off everything sale that lasts until the end of September."

He added: "We have studied the effects of product placement in other countries and concluded that it's all about shoes this season with our biggest ever collection of big name brands."

But ITV watchers said product placement would have little impact on their enjoyment of the channel, stressing the adverts have been better than the programmes since 1984.

Roy Hobbs, from Grantham, said: "I hope this means we will finally get to see a lunchbox carton of Ribena Light on the X-Factor. I think it could win."

Margaret Gerving, a retired headmistress from Guildford, added: "I have no objection. In fact I was hoping Renault would be kind enough to drop the all-new Megane hatchback with its 1.5 litre eco-active diesel engine directly onto Piers Morgan's skull."

How He Did It: The Secret Behind Derren Brown's Bullshit Explanation 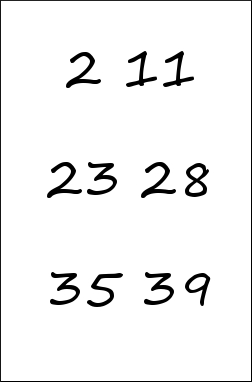 IT'S the question everyone is asking: How did Derren Brown manage to come up with such an obviously bullshit explanation for his tedious lottery trick?

Millions of viewers were stunned by Brown's claim that he got 24 people to think of six numbers each and then worked out the averages to predict the lottery result in a technique known to psychologists and mathematicians as 'automatic bullshitting'.

Dr Tom Logan, a parapsychologist from Reading University, said: "There are a number of techniques one can use to come up with an explanation like this including so-called 'false walls', hypnosis and picking some random words out of a hat.

"But the most common method is simply to assume that everyone is a total fucking moron who will believe anything you tell them as long as you have a mysterious goatee beard and use utterly meaningless phrases like 'wisdom of crowds theory'."

Bill McKay, a TV viewer from Darlington, said: "That explanation was so bad that I actually think he might be Jesus after all and he's just trying to throw us off the scent."

Emma Huddersfield, from Doncaster, added: "There are so many things about the universe we do not truly understand. Like why do I keep watching Channel Four when they haven't made a decent programme since Johnny Vaughan left the Big Breakfast?"

How he did it – the theories:

1) Time delay
There is always a time delay of at least five seconds during live television broadcasts giving Brown just enough time to make it up as he went along.

2) Split-screen camera trickery
Brown watched an episode of Friends where Lisa Kudrow plays both Phoebe and her twin sister Ursula giving him an idea for a lottery stunt which he will then have to come up with a pseudo-scientific bullshit explanation for because it is so obviously a camera trick.

3) He doesn't care
It's just a trick, it doesn't really matter how it's done and he gets paid either way.