As the publicity for the enigmatic science fiction film reaches fever pitch, Scott has given his strongest indication yet that the wisecracking big-nosed dog-thing is a major character.

Scott said: “I don’t want to give too much away, but if you pause the trailer on Youtube at 1.15 you just might see a flash of a distinctive ridged, sponge-constructed snout.

“Also check out 1.24, there’s a couple of frames of a certain acronym-named alien life form giving a withering look to Michael Fassbender.”

It had been widely assumed that Prometheus was a prequel to Scott’s 1979 hit Alien.

But the director said: “I just said it was about an alien. At no point did I specify the type.”

He added: “While I can’t confirm or deny anything, I’ve always thought that the cancellation of ALF left a lot of unanswered questions.

“Why does ALF crash land in the Tanner family’s garage? How come he has such a highly developed sense of irony? Was he somehow responsible for the destruction of his home planet Melmac? How might his body change if he actually managed to eat a cat?

“And although we never see the character below the waist, it’s possible ALF could have some sort of armoured prehensile penis with an acid-dripping spike, which he sticks into Mr Tanner’s ear, thus impregnating him with massive larvae. Or at least that could happen in a purely hypothetical film version.”

Fanatical science fiction fan Martin Bishop said: “If you freeze frame the trailer at 2.12 and look at the bottom left of the screen, there’s a shadow that is definitely Dirk Benedict playing lacrosse with Count Duckula.”

EU allows maniac to be extradited near your children 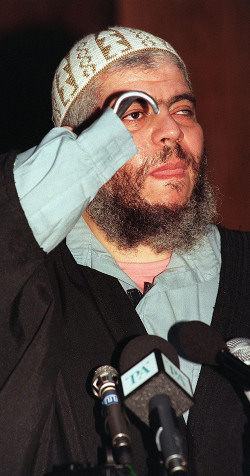 EUROPEAN judges have ruled that Abu Hamza is to be deported to the US – and you will pick up the bill.

In an extraordinary decision the Europe-based European Court of Human Rights decided that Abu Hamza can be sent to America, potentially maiming any children who live within 500 miles of Belmarsh prison.

While the majority of families will go without a holiday this year, the freeloading father of hate will be treated to a freebie all-access trip to see the workings of the US legal system that most British law students could only dream of.

Terror expert Tom Logan said: “Children will die, it’s as simple as that.”

Carlisle mother of three Nikki Hollis said “I was horrified when I heard this was happening just a train, tube, another train and bus ride away from where my kids go to school.

“What if he goes off while he’s being moved? What if some hate spills out of the prison van and makes an innocent passer-by go all jihadist?

“And what if the hate van explodes my children? Will I have to pick up the bill?”

Hollis added: “When I didn’t vote at the last election I thought I was failing to vote for a British government to make decisions I don’t really understand, not some bureaucrat without a face who lives in a ‘Belgium’.”

David Cameron has hailed the decision of a European court to have an Egyptian criminal extradited to America on offences committed in Yemen as a landmark victory for British justice.

Meanwhile, US authorities promised ‘rendition the living shit’ out of Hamza while Rick Santorum has withdrawn from the Republican presidential race so he can help.