SCARCE and highly collectable vinyl records are generally awful, it has emerged.

Vinyl junkie Tom Logan said: “Yes it was over a grand but I finally got a seven inch copy of Harmonica Gopher by Bayou Dogg III off some helpful opportunist on Discogs.

“It is very rare because nobody liked it when it came out. Most copies were melted down and made into other things that people actually wanted, like rulers and buckets.

“Listening to it today, it is still shit.

“But it is so rare. Other men do not have it, thus I feel that on some level I have beaten them.”

Collector Stephen Malley said: “I lost my wife and kids after spunking all our food money on obscure records.

“All I’ve got to show for it is a lock-up garage full of atonal jazz, wanky prog rock and, most puzzlingly of all, Italian horror film soundtracks.

Celebrities call for right to be remembered 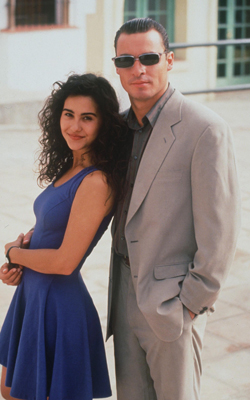 FORMER celebrities are lobbying search engines to stop them fading into cultural oblivion.

Weird sibling band The Corrs, ex-TV chef Rustie Lee and lunchtime satirist Kate Robbins are among those demanding Google inserts data about them into searches for more contemporary celebrities.

Actor Jesse Birdsall, who played Marcus Tandy in Eldorado, said: We must not allow modern technology to erase the identities of the once reasonably prominent.

How do you think Sean Conlon from 5ive feels when he puts his name into a search engine and the first thing that comes up is a quantity surveyor from Denver of the same name?

Celebrities from the pre-internet era are at a particular disadvantage. Back in the 1970s, Jedward would have lasted about ten seconds on Junior Choice or Its A Knockout before they were hoiked off stage.

Cultural icons like Normski, Maureen Rees of Driving School and Home Alone 3 star Alex D Linz are in danger of being lost even as ironic references.

Please, allow them to keep the mild renown without which their lives will have been for nothing.