Rebooted Bond to be a shambling drunk

PRODUCERS have confirmed that the next Bond movie will feature him getting kicked out of Wetherspoons.

Amber Breakfast purports to be the most accurate portrayal of spycraft yet with the main villain of the plot being a plasterer named Chod who keeps minesweeping Bond’s pints when he nips to the bookies.

Lead actor Daniel Craig said: I’ve been on the meths and off showering since March and I hope I can bring the air of muddled sentimentality and slight pissy smell that the role demands.

The franchise is famous for its exciting opening action sequences and this one is no exception as Bond wakes up on a mate’s sofa with a head like a bastard and ten minutes to get to his disciplinary hearing for despoiling the MI6 toilets.

Gadgets for the new film include a Seiko watch that turns into a fiver from Cash Converters and shoes that double as a pillow when Bond locks himself out of his bedsit.

Producer Nikki Hollis said: “We’ve listened to fan feedback so product placement is being kept to a minimum.

“You see the Special Brew logo fleetingly but it’s entirely in context during a park bench bender scene.”

Leaked Doctor Who scripts reveal emphasis on monsters and space 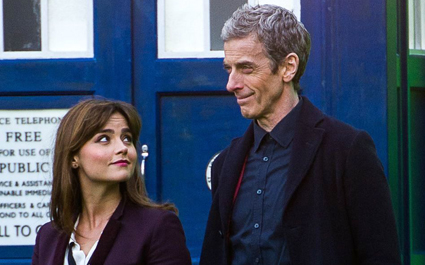 THE new season of Doctor Who will involve space travel, monsters and chase sequences, leaked scripts have revealed.

Five scripts for the forthcoming series have been downloaded from a BBC server, which is the sort of thing Doctor Who fans find easy to do.

‘Whovian’ Stephen Malley said: “The stories involve travel to a distant place, usually another planet, where there is some form of hostile life form causing a problem.

“The stories typically end with a climactic chase, after which the aliens are defeated, usually in an explosion.

“Also there’s a bigger story ‘arc’ that is far too complicated to follow, and the daleks, cybermen, or daleks and cybermen pop up in about every other episode.

“Sorry to spill the beans, I just enjoy feeling like Edward Snowden. In fact I’m going to claim geek asylum in the nearest Forbidden Planet.”