Shameless cat won't catch mice but expects YOU to feed him

14lb tabby Hobbs intends to mate with any nearby female cats that come into season, and is happy leaving humans to deal with the resulting offspring.

He said: “I’ve tried bringing mice back but I got chased out of the kitchen.

“Now there’s mice everywhere and I get grief for not catching them. Society is giving out mixed signals.

“Anyway they can just put poison down, or traps. I’m not catching things for the sake of it.”

Despite fathering 36 kittens in the past year, Hobbs remains strongly opposed to neutering.

“It would make me fat and lazy. Also everyone likes having lots of kittens around, they’re cute.

“Cat food costs next to nothing. I don’t expect Sheba, just those biscuits shaped like little fish are fine.

“Although Sheba would be good. Or a mackerel. Any meat really.” 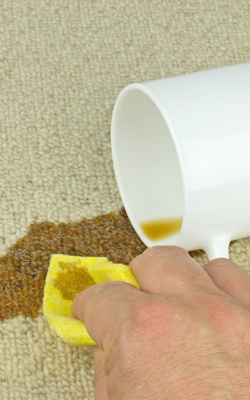 TWITTER is being abandoned by users aged 16-24 in favour of the thriving and lawless Vanish Tip Exchange.

VeeTee, as the site is known to its fanatical users, has booming traffic and a younger, hipper demographic the stain-obsessed housewives in its much-screened adverts.

19-year-old Nikki Hollis said: I went on to find out how to remove semen from suede  those trainers were brand new, I wasn’t going to throw them away  and found a community of beautifully crazy free spirits.

It was all people my age making drug deals, arranging raves, looking for partners into autoerotic asphyxiation and asking how to get red wine out of Chantilly lace.

It’s completely underground and certifiably hardcore. I’ve hooked up with an ex-gang member just out of prison for manslaughter and we’re all planning a riot in Manchester next weekend.

The social network has replaced Facebook, now just a blissful facade for parents and employers, and Twitter which is now nothing but the Mail Online with better spelling.

Vanish social media manager Julian Cook, when told that the Tip Exchange hosts a swathe of illegal activities including a jihadist plot to bomb Parliament, replied: We’ve got users? We’ve got thousands and thousands of users?

“I’m the only social media manager in the entire world who’s actually delivered what he promised?