THE new Resident Evil game is a nerve-jangling journey into the terrifying world of Michael Gove, it has emerged.

The latest instalment of the survival horror game allows players to explore a large house owned by the creepy ‘Mr Gove’ and inhabited by horrible creatures.

Gamer Tom Logan said: “The house is dark and covered in mould, with faded pictures of naval battles and sinister china dolls everywhere – exactly the sort of place you’d expect Gove to live in.

“The enemies are genuinely terrifying. I almost shat myself when a thing called ‘the Farage’ leapt out of the darkness at me, trying to bite me with its enormous maw full of smoker’s teeth.

“In the ‘home office’ area of the house you encounter ‘Mad Sarah’, an evil witch who sits at a typewriter bashing out articles about how Britain is going to the dogs because all its young women are alcoholic sluts.

“Finally you meet Gove himself. He’s clearly an evil spirit inside a ventriloquist’s doll, although the game doesn’t explicitly say that.

“Gove is a bastard to kill because he keeps stabbing you in the back and disappearing. It’s a really scary game.” 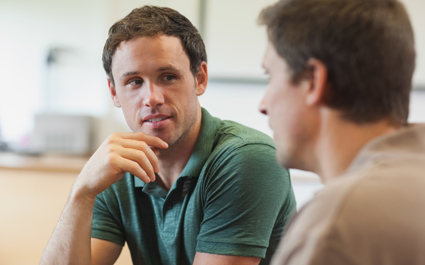 Office worker Martin Bishop regularly comes up with business ideas for which there is no demand, like a service allowing you to send emails from cashpoints.

Friend Emma Bradford said: “Martin bored us to death in the pub by going on about a website that would let people rent out their clothes to strangers.

“I pointed out that most people just buy their clothes and it would be an administrative nightmare for very small rental fees. He said I was just a sheep-like worker drone who would never be rich.

“It’s like his idea to put headlights on trainers for people running in the dark. He wouldn’t accept that you can already buy torches designed for that and not look like a knobhead.

“And let’s not forget the time he thought it was a totally original idea to set up a website where you can read local restaurant reviews.”

Bishop said: “Today in my coffee break I thought of a visor that straps to your head so you can wear your glasses in the shower.

“My friends won’t be laughing when I set up my creche for cats whose owners are at work. Even if I only charge £5 a day per cat I’ll be coining it in.”