EU bill must be more than one word, say lawyers

LAWYERS have advised the government that a parliamentary bill consisting of a single word would be open to legal challenge.

The government has reluctantly decided to follow advice that a one-word bill on withdrawing from EU membership could be invalid, no matter how powerful the word they intended to use.

Lawyer Helen Archer said: “Even the simplest pieces of legislation typically run to tens of thousands of words in order to cover all contingencies, so one word that does the same seems highly unusual.

“But the proposers felt this single word adequately covered, explained and made unassailable everything they planned to do, which seems impossible on an issue as complex as this one.

“Apparently the prime minister believed this word, which she said was ‘self-defining’, was so effective no further argument was necessary and it would be politically impossible to oppose.”

Archer added: “I must admit I am curious about the word. I can’t think what it is.”

A month ago you were drunk by now 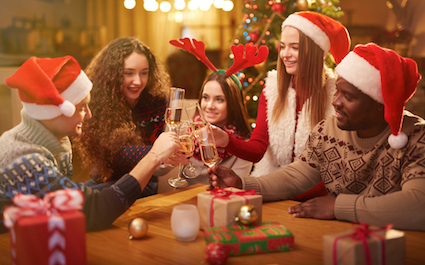 JUST one month ago you had already downed several glasses of Prosecco by this time, it has been confirmed.

Exactly 31 days, or ‘sleeps’, have passed since you awoke on December 25th, opened wrapped parcels and spent the day indulging yourself with your loved ones, unreal as that now seems.

Hairdresser Emma Bradford said: “It feels more like six months, since we began the long, grey trudge through the dark, cold January wasteland.

“I was a different person then, with my paper crown and snowman jumper. I smiled, sometimes. I was still capable of kindness. I ate more than 800 calories a day.

Tom Logan of Braintree said: “It happened. I clearly remember the warmth and bonhomie for my fellow man I felt after three single malts at six o’clock.

“Odd, because now they can all piss off.”