Right Said Fred, and other one-hit-wonders whose politics you couldn't give a shit about

WHEN Morrissey went UKIP many were hurt. When Right Said Fred went right-wing Twitter conspiracists nobody gave a shit. Nor would they if these flipped:

They convinced nobody they were actually too sexy back then, and riding the anti-vax train all the way to Bigot Town via regular segments on GB News hasn’t added force to their argument. Has it ruined their one song for everyone? How would you f**king tell?

Bassist Ulf Ekberg recorded Nazi songs before worldwide hit All That She Wants. However there is nothing whatsoever Nazi about All That She Wants, not even the bassline, and their homeland Sweden remains a liberal paradise so its influence appears minimal.

Aryan-locked Chesney is a defining one-hit wonder and provincial pantomime royalty. Were he to announce he was a flat-earther and all conventional science a lie, how many of the hundreds of thousands who bought his single would follow him? He hasn’t. But if The One and Only was no longer played, would you notice?

Now we’ve got Sam Ryder we can afford to lose a couple of shite Eurovision entries to the flag-shaggers. First in line should be Scooch, as their fleeting classic Flying the Flag could make a new Britain First theme.

If the House Every Weekend hitmaker announced definitive proof that 9/11 were an inside job, naming members of the Illuminati in a YouTube slideshow, it would be unlikely to sway popular opinion. Plus mainly he DJs, and it’s a difficult medium to convey in other people’s pop-house records.

It would be such a shame if the act behind Baby Shark were exposed as a far-right cult plotting a global coup, and the song could never be heard again. Such a blow to the world.

Cat not ready to put a label on your relationship 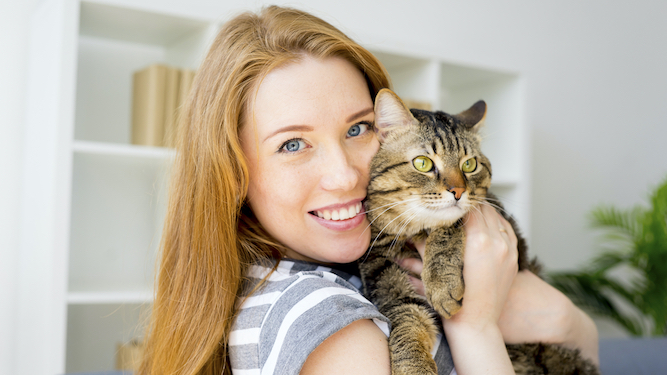 A CAT whose devoted owner would lay down her life for him does not want to spoil things by labelling them.

Black-and-white tabby Fitzgerald has been living with Lucy Parry for two years but believes they should just keep their relationship fun.

He said: “I’m not a fur baby so much as a fur buddy, you know? Why feel pressured to go exclusive when this is working for us both?

“Sentimentality isn’t really me. To me, home is where I sleep, eat and shit in a box in the kitchen.

“I’ll cuddle with Lucy and I still spontaneously bring her dead birds but I’m just not a fan of saying we’re ‘definitely this’ or ‘definitely that’. We’ll see how it goes, yeah?

“I’m only young, I’ve got nine lives ahead of me and I could see myself ending up with her at number 16 instead. She lets me crap in the rose bushes.”

Lucy said: “He’s my little prince. I can’t imagine life without him. I’m smitten. And the way he looks at me when he wants feeding, I know he feels exactly the same way.”