LONDON tube drivers are using strike action as a cover so they can stage last-minute rehearsals of their new production of The Mikado.

The RMT union has closed off more than 80% of the network despite repeated claims from leader Bob Crow that the action was in protest at an increase in chubby fund managers on the Central Line.

An RMT insider said: "It all started at last year's TUC conference when Bob was boasting about how brilliant our Mikado would be.

"Paul Kenny of the GMB took exception and started screaming about how his production of HMS Pinafore would not only be miles better, but they'd do it with less rehearsal time than us.

"Bob Crow is not a man who shies away from a challenge. He also happens to be a bloody brilliant Yum-Yum."

The source added: "Most of the shutdown is for main chorus rehearsal. But this is also a very modern production and we've incorporated quite a bit of improv which means we've had to use other bits of the network for character workshopping."

Commuter Roy Hobbs, from High Barnet, who uses the unaffected Northern line said: "Strangely enough I was standing on the platform at Tottenham Court Road the other day and I thought I heard a very faint and if I may say, massively under-rehearsed, rendition of 'Three Little Maids'.

"I assumed it was a mobile ringtone, but now you come to mention it, it all makes perfect sense."

The GMB's Paul Kenny added: "If you think you know Pinafore, think again." 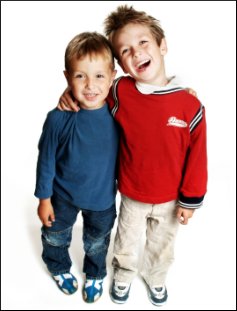 DRINKS manufacturers will start lobbing cans of lager over school gates if alcohol adverts are banned before the 9pm watershed, the Daily Mash has learned.

The companies hope that lager-tossing will help them maintain close contact with a key demographic and prevent children from spending their money on drugs.

A spokesman for the British Association of Drinking said: "Would you rather your children were enjoying a long, cool glass of sophisticated continental-style lager or rubbing crack-based products onto each others tongues? I know which one I'd choose.

"As well as drug dealers, we are competing with fish and chip shops, burger outlets, knife stalls and whoever is selling High School Musical on DVD."

He added: "A lot of people say to me that Britain is becoming a less friendly place and I tell them it's because our children aren't drinking enough.

"In the 1950s crime was at an all-time low, we had full employment and everyone loved everyone else and it's because our children were incredibly drunk all of the time. Ask Tony Benn, he'll remember."

The spokesman stressed that, "if you're child has been drinking heavily at least you know they'll be getting a decent eight hours sleep wherever they happen to be at the time".

The drinks companies have also drawn up plans to leave large sacks filled with a wide selection of beers, wines and spirits at the school gates so that children can experience a choice of beverages as soon as they have finished learning.

"If it helps, just think of it as a big lucky-bag filled with happy-sleepy juice," the spokesman said.