The forthcoming series will borrow the format of Pop Idol and is based on the premise that people who are on drugs are compellingly watchable.

Contestants will perform an unhinged, expletive-filled rant accompanied by a lavish series of threatening physical gestures before a live studio audience for two minutes or until they are wrestled to the floor by security guards.

A spokesman said: “Charlie is one of the finest demented minds working today and we’re ecstatic to be able to encourage him provided he doesn’t actually die on us because that would be sad.

“The panel will probably be just Charlie, and maybe two or three raucous whores, one of whom might have been in a straight-to-video slasher film in the 80s called something like Night Slayer III: The Reckoning.”

He added: “It’s all about wild, crack-fuelled self expression. Anything goes except throwing faeces and stabbing members of the audience.

“This is your chance to become a folk hero, beloved of students and people whose boring office-based existences make the squalid antics of the wretched seem oddly alluring.”

Last night’s auditions in Gloucester attracted over 3,000 crackheads, although this number was quickly reduced to 2,872 after a series of bottle fights.

One hopeful, the hotly-tipped ‘Welsh Pete’, of no fixed address, said: “I’ve got this frozen joint of lamb, right, you can have it for a tenner. Or it might be a goose.

“Wait…I haven’t got it any more. Someone’s nicked it or something, fuck…fuck.”

He added: “Have you got a straight? You have got one, I can tell from your face. Give us it.

Parts of Kate Winslet’s body reveal that they hate her 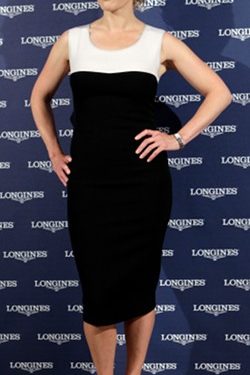 VARIOUS bits of Titanic star Kate Winslet’s have revealed how insufferable they find their host organism.

Loathed by her own curves

Despite the actresses’s recent claims in Modern Self-Hating Woman about how comfortable she is with her body, it has emerged the feeling is not mutual.

Bill McKay, the fleshy area above Winslet’s right hip, said: “I’ve been desperately trying to get grafted off of here since that Golden Globe acceptance speech where she gushed like an arterial wound.

“I have since spoken with her tear ducts and I’m not entirely sure the crying was spontaneous. The whole thing is very dodgy.”

He added: “Imagine being present at a skin-crawling moment when you are some skin and you can’t crawl.”

Winslet’s shoulder blade, Nikki Hollis, said: “I appreciate that, as a woman in Hollywood, Kate faces a constant struggle to maintain her real woman’s physique despite constant cutting remarks from cynical casting directors.

“But looking at the bigger picture, she is probably under less pressure than someone in Libya whose house is currently on fire, which could lead some people to speculate that she should shut it.

“I imagine my comments will be photoshopped out of this interview.”

But Kate Winslet’s vagina, Martin Bishop, was more equivocal: “I’ve signed a confidentiality agreement, threatening me with a Billy-Bob Thornton sex scene if I say anything.

“So I think Kate is super.”