Sherlock 'is a powerful wizard'

SHERLOCK Holmes can return from the dead because he is magic, writer Steven Moffat has revealed.

Show runner Moffat said the twist would confound critics who thought there was no way of bringing the detective back to life without resorting to an implausible plot twist.

Moffat said: Before he hits the ground, Sherlock casts a spell which enables him to fly.

“Obviously he didnt tell anyone he could do magic because Moriarty might find out and learn magic too.

The magic element means we can take the show in exciting new directions, like Sherlock turning himself into a mouse so he can get into really small spaces or scare off an elephant.

And of course he can turn himself invisible if he wants to play tricks on Watson, or perv over Irene Adler.

Moffat added that the new series would feature Sherlock shooting fireballs out of his hands, investigating the murder of an elf and turning into a wasp.

Sherlock fan Tom Logan said: At first I didnt think magic was in the spirit of Sherlock Holmes, who usually relies on his formidable intellect and icy logic to solve crimes.

But then I remembered its all pretty implausible anyway, so if he can cast spells, why not?

The new series of Sherlock begins with a feature-length episode, The Mysterious Case of the Necromancers Cauldron.

I knew this would happen, says Moyes 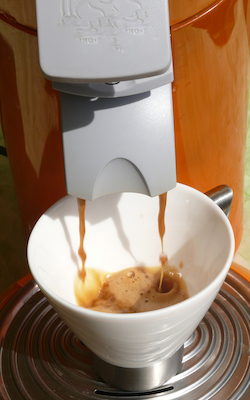 MANCHESTER United manager David Moyes said the teams dismal form is the sort of thing that happens to him all the time.

Moyes told friends, family and ‘anyone who would listen’ that something would go wrong ‘sooner rather than later’.

He said: “My friends were all really nice and told me not to worry. ‘This team has just won the league’ they would say, ‘itll be brilliant’.

“But I kept saying, ‘no, no, no, something will go wrong, something always goes wrong’.

“It’s so typical of me. Whenever I get something new, like a telly or a car or one of those coffee machines with the little pods, it stops working within a month.

“Sometimes it just breaks all by itself and sometimes its because I may have accidentally knocked it into the sink.

“I dont know which scenario were looking at here, but from my point of view, it has come as absolutely no surprise whatsoever.”

He added: “When I got the job my wife said to me, youll break it within a month. She said it like it was a joke.

“But then there was an awkward silence and we just stared at each other for about 10 seconds.”