The man who created Shit-Factor, American Cretin and Britain Must be Stopped spent a pleasant evening at one of the luxury homes he has bought with his many millions of pounds.

Later today he is expected to drive an expensive car to a meeting where he will negotiate the commercial rights to something stale and derivative that 14 year-old girls will spend their pocket money on because they think that's all there is.

Showbiz friends paid tribute to Cowell's continued existence saying he was a natural conformist whose genius is to take something that is already mediocre and make it demonstrably poor.

Wayne Hayes, the instantly forgettable Shit-Factor semi-finalist who shocked no-one with his respect for authority and carefully ironed shirt, said: "The thing I love about Simon is that he's about five foot nine with dark hair and reasonably nice teeth."

Martin Bishop, a grade two freak from series three of Britain Must be Stopped, insisted: "If he wasn't alive I probably wouldn't miss him for more than 30 seconds and neither would you. And I think that is the ultimate tribute you can pay to a man like Simon Cowell."

Shit-Factor judge Cheryl Cole said Cowell has had a huge influence on her career, adding: "When ever I come to creative crossroads he always tells me to be more unimaginative.

"I remember once I was being interviewed by Bill Grundy and Simon phoned me up and told me to be as bland and shallow as I possibly could."

Britain Must be Stopped judge Amanda Holden added: "I am so glad that Simon's pulse is strong and that he continues to breathe in and and out.

"It is a fact that without Simon Cowell there would have been no replacement for Blind Date. He has genuinely revolutionised nothing while focusing solely on the bottom line and for that we should all be grateful." 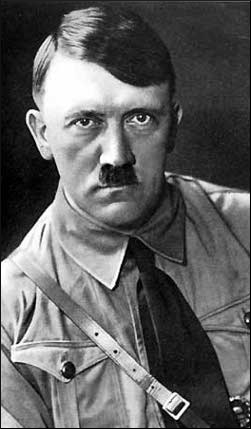 FOOTBALL fans across Britain are still trying to pin down exactly who they hated most in last night's Champion's League quarter-final.

Bayern Munich beat Manchester United on away goals after a bad-tempered game that saw the first United player sent off at Old Trafford since Lou Macari shot the referee in the neck with a crossbow in 1978.

A furious Sir Alex Ferguson said: "It is so typical of the Germans to insist that the rules of the game are applied in exactly the right way.

"Every time we kicked the ball out, the referee gave them a throw-in or a corner and then he awarded them two goals based on the absurd argument that the ball had travelled over the line. This is Alice in Wonderland stuff."

Meanwhile neutral fans are facing an intense moral dilemma given that Germany plunged the globe into worldwide conflict before building a huge and resilient economy, whereas Manchester has emitted both Terry Christian and the Prius-driving Gary Neville.

Football analyst Martin Bishop said: "It's a bit like Jude Law becoming a suicide bomber and blowing up your local pub.

"While having that beautiful little head sprinkled over a 300 yard radius is clearly a good thing, it was quite a nice boozer."

Experts said the ethical dilemma will be further intensified in the semi finals when the team from the cradle of Nazism take on some French people.

Bishop added: "I suspect Uefa will be asked to institute a temporary rule change so they can both lose. And possibly get beaten with some nice, big sticks into the bargain."