DO you fondly remember the blood-chilling public information films of the 1970s? These classics could be updated for the modern era:

Tony and his cat Charley warned children about strangers. A 2021 version would reflect the obsessive fears of the 21st century by showing Tony encountering paedos everywhere – in the park, at school, under the bed, hiding in rivers and swooping down in helicopters. Even Charley would turn out to be a nonce.

Take Care With Fireworks was one of many fireworks films of the 70s, but then organised displays came along and spoilt all the maiming fun. Now youngsters need to be warned against taking part in dangerous internet challenges. Although if you eat urinal cakes at the behest of some knobhead in Australia, frankly you deserve it.

Don’t crap in a burger box on the beach

In 1973’s Broken Glass a happy child runs across a beach, unaware he is about to step on a broken bottle. After last summer’s beach mayhem, the film would now freeze just before the youngster steps on a Burger King box and squelches a human turd between his toes.

Original Somerset Darth Vader David Prowse starred in the originals, so why not update them with the bad, failed Darth Vader who everyone hated? Could easily include classic lines from the prequels like: ‘Look left, look right, look left again. I hate sand. It’s coarse and rough and irritating.’

Who needed horror movies when you could watch the Grim Reaper, menacingly voiced by Donald Pleasance, savour the drownings of 70s kids in murky local ponds and rivers? This should be updated to Come Dine With Me narrator Dave Lamb revelling in lagered-up twats tombstoning from clifftops.

Tufty gets an STD

Tufty the Squirrel should never have listened to Willy the Weasel saying it was ‘much better without a condom’. Now he has chlamydia – and possibly something far worse. Silly Tufty. 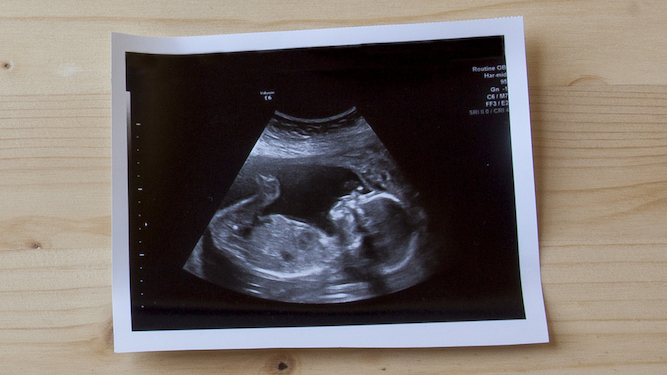 HAS yet another acquaintance announced their pregnancy with a sonogram photo that could be night vision footage from Springwatch? Here’s how to respond:

Banal, cliched displays of parental pride deserve banal, cliched replies. This is the minimal effort, catch-all response that feigns just enough delight while hinting at a precocious level of motor function and self-awareness in the unborn blob.

“I expect an invite to your gender reveal party!”

The ultimate passive aggressive response. Of course, nothing could be more appalling and déclassé, but this allows you to fake enthusiasm while earning secret kudos from onlookers for your witty swipe at the vulgar commodification of pregnancy. Go you!

“Wow, he’s got your ex-boyfriend’s eyes!”

Questioning the paternity of a baby is a soap-opera mainstay and fun in real life, unless everyone suddenly goes very, very quiet. Best done on social media where you can leave the post up for 20 frenetic minutes then delete it, leaving only puzzling reactions sure to arouse suspicion.

Posting an shot of your dinner – not even a particularly good dinner – will ironically but actually say ‘Your life event is not as important as my meal.’ You could even add a visual metaphor by plating up a fried egg or a single kidney bean – but a fuzzy black-and-white shot of Findus Crispy Pancakes looks as much like a baby as a sonogram anyway, so why bother?

Not commenting at all is easier on social media than real life, but either way you’re speaking your truth. Considering the post your signal that it’s time to jettison such an unimaginative acquaintance is wise. A sonogram may as well say ‘Hey, for the next few years we won’t do anything and will be no fun. Who’s in?’ Cut your losses.