WITH an unnecessary remake of The Lion King in cinemas, how far can the film industry take this creatively bankrupt trend? Here are some ideas.

Get Carter the Cat

Get Carter has such great brand recognition it’s perfect to be turned into a U-rated film with animated animals. Everything about the original will be ruined, from icy gangster Jack Carter now being a cat voiced by James Corden, to the reworking of classic lines, eg. “You’re a big penguin, but you’re in bad shape.”

Audiences enjoyed Avengers: Endgame earlier in 2019, so why won’t they enjoy it again four months later? The remake would be largely identical to the original, but with Iron Man given a different colour suit to boost toy sales among children and tragic adult nerds.

The rights to this unfunny, sub-Carry On 1970s sh*te can probably be picked up for a song, which is reason enough for a remake. With a minimal budget, it will still be possible to turn a profit on Stan (James Corden again) and Jack (Lee Mack) perving over ‘smashing dollybirds’.

The Lion King proves that switching from animation to (sort of) live action is worth a punt, so the remake will feature 63-year-old Tom Hanks as Woody and 66-year-old Tim Allen as Buzz Lightyear. And a lot of stunt doubles.

The Empire Strikes Back

Total no-brainer. Audiences will still flock to see a remake of the best of all the Star Wars movies, even if it’s full of utter cack like Boba Fett tearfully explaining he just wants to be loved.

Kid perfectly fit and well all day has 6,000 ailments at bedtime 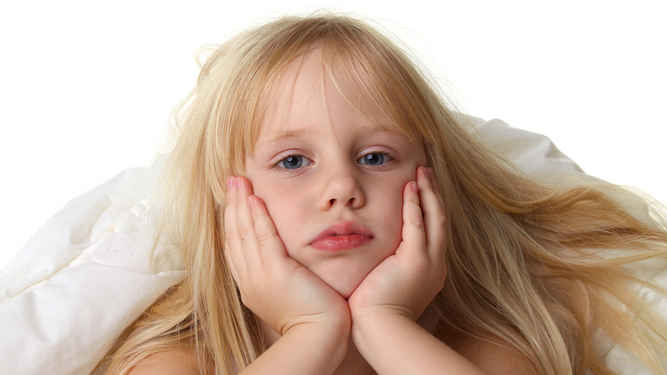 A GIRL who felt perfectly well all day long has suddenly developed 6,000 mystery illnesses at bedtime.

Six-year-old Alice Bradford’s symptoms include a hurty toe, a scratch on her knee from a fall she had two years ago, something that is clearly not toothache and an invisible spot.

Mother Emma Bradford said: “She’s been running around the park all day and seemed fine, but as soon as her head hit the pillow the mysterious ailments started.

“Since I put her to bed three hours ago she’s told me she has a tummy ache, a cough and ‘hot feet’, whatever that is. Oh and diabetes and the plague. She must have got those off the telly.

“I’d take her to A&E but we’d need every specialist in the country to treat all these illnesses. Also she tends to make a miraculous recovery by the morning while I am bl**dy shattered.”

Bradford is now considering launching a Just Giving page to fund research into the little-understood condition, which can only be treated by staying up with an iPad or watching TV.