ALL bad stuff in world gone away now football back, say man.

Wayne Hayes, 38, not like summer. Too hot. Too wet. Just tennis and cricket. Children on holiday and all the news bad.

But now football back, with commentator voices him know from last season. It all good now and him not think about Boris Johnson and Trump because Liverpool and Man United on television in pub.

Hayes said: “Me hate long period between end of Women’s World Cup and Charity Shield. Me have to think of world. Global warming. Brexit. It make Wayne scared.

“But now football here and everything good. It like Wayne when him 10 years old watching Match of the Day. Jimmy Hill, hot water bottle, Mummy and Daddy and cocoa.

“Me not think about boring job in big office either. Marketing strategy meeting on Tuesday last thing on mind now football on.

“Only problem bloody VAR. It have tedious delays and kill flow of game. Wayne hate VAR. 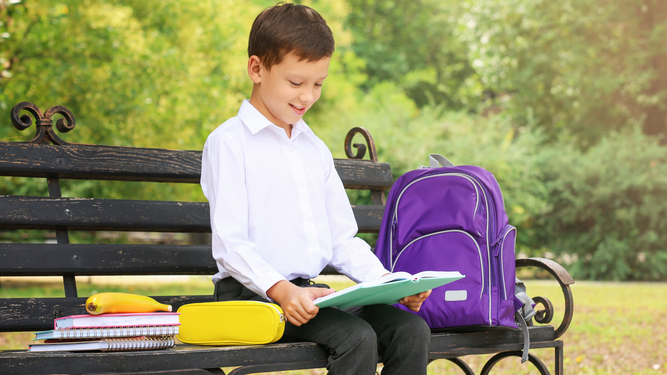 A CHILD has told his parents they have to buy him the whole WHSmith stationery section or he will call social services.

Seven-year-old Tom Logan informed his mum and dad that without a vast amount of school supplies for the new term he will fail in life and they will be criminally negligent.

Logan said: “Everyone knows kids judge each other on the contents of their pencil cases. Last year I had to subsist on just £20 of stationery. That’s the kind of neglect and deprivation you’d expect in an NSPCC ad.

“I’d prefer not to blackmail Mum and Dad but it’s got to be done. Without loads of stationery I’m nothing, nobody. But with 15 rollerballs and a protractor set in a tin I’m a big swinging dick.”

Logan and his weary parents finally emerged from WHSmith with more than 120 items including a giant ruler and a scientific calculator more suited to a PhD maths student.

Mum Sarah Logan said: “The stationery cost us a f*cking fortune plus a taxi to get it home. We’re taking it out of the little sh*t’s future house deposit.”