IN MOVIES, even the most mismatched couples end up deeply in love forever. Here’s how those big-screen romances would have failed in reality:

Han and Leia in Star Wars

One overlooked aspect of Star Wars is that Han is constantly being a dick to Leia. She’s rich, beautiful and feisty but gets endlessly put down by a chippy smuggler. In reality, she’d have lost patience, said ‘F**k you, Solo’ and found someone better. Not Luke though, or Kylo Ren would have serious birth defects.

Vivian and Edward in Pretty Woman

The hooker and the asset stripper turned out to be very similar people underneath, which is to say they’re both out for what they can get. And when it comes down to it he’s got all the money and she hasn’t. She would do incredibly well out of the divorce.

Charles and Carrie in Four Weddings and a Funeral

Did you have difficulty remembering the characters’ names? That’s because they barely know each other. Realistically, a couple who bollocksed up every relationship they were in would have lasted six months, she’d have gone back to the States and he’d remain a bumbling arsehole. In Richard Curtis’s world you decide you’re in love and it’s fine. Real life isn’t so simple.

Holly and Paul in Breakfast at Tiffany’s

Holly Golightly, as played by Audrey Hepburn, is quirky, spontaneous and interestingly troubled, ie totally exhausting to go out with. Two months after the end of the film Paul would have bailed.

Edward and Bella in Twilight

Edward and Bella had nothing in common except being bland vampires threatened by some other bland vampires. Once the final battle was over, they’d spend evenings sitting in silence watching the news and eating ready meals until one of them gets so bored they shag a werewolf.

Rose and Jack in Titanic

Not only is Rose similar to actual Kate Winslet in that she’s kind of pretentious and annoying, but in real-life survival situations ruthless self-preservation takes over. Jack would have tipped Rose into the freezing waters and claimed the door for himself. Audiences would have cheered. The whole bit with her as an old woman is a dream sequence.

Pissing in a bottle and Ginsters for breakfast: have you got what it takes to be an HGV driver? 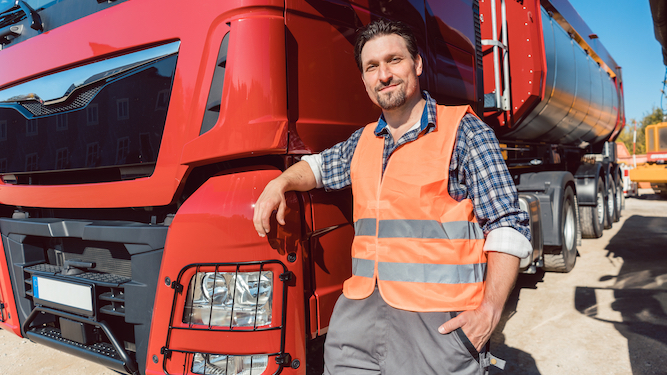 POST-BREXIT haulage companies are in the shit, with 10,000 drivers urgently needed. But could you handle being a knight of the road?

Pissing in a bottle

Unlike car drivers, who can relieve themselves at a services or layby, lorry drivers don’t have time to stop. They’ve got to manipulate their dick into the neck of a Lucozade bottle, urinate, seal it carefully and chuck it out of the window, all while driving at 56mph and keeping their revs up.

Lorry drivers are legally exempt from the five-a-day rule and survive on Ginsters, Pepperami, Walkers Max crisps and cans of Monster. Eating at a layby burger bar called Dirty Dicks run by a bloke with a fag in the corner of his mouth is Michelin dining for you.

The only social contact you’re getting for the next 14 hours is overtaking another haulier very, very slowly, so savour it. The glances you exchange as you draw alongside your fellow driver are as pregnant with meaning as any in Brief Encounter. Don’t worry about blocking the entire dual carriageway, it makes it safer.

If you hate your family, this is the career for you. Spend your evenings parked on the A500 outside Stoke with no internet and a third-hand Jack Reacher to read, listening for the sound of a break-in. Arrive home to see the kids at 8pm before leaving at 5am the next day.

If you’re back-and-forth to the EU, you’re spending most of your days stationary in Kent. Developing a deep love of the M20, its flora and fauna and the sights and sounds of the roadside, is crucial. You’ll be parked in a conga line with your trucker mates waiting for cross-border f**k-ups to be sorted out for decades to come.