POP stars switch up their images to move with the times or grab cash.  Makes sense, whereas these awful revamps remain baffling:

Bowie ruled the 70s with his androgynous alien look that made guitarist Mick Ronson fear he was going to bum him. Several fashion incarnations later, in the 80s he tried cheap-looking fashion suits. He probably thought he was capturing the zeitgeist – see also Mick Jagger’s solo career – but he looked as if his auntie have given him Burton’s vouchers for Christmas.

When Madonna donned the Jean Paul Gaultier conical bra, it was so iconic she couldn’t let it go, and even to this day is squeezing into age-inappropriate corsetry. You didn’t have to stick with that one look, Madge. Darth Vader was iconic, but David Prowse didn’t wear a black cape and mask years later when he went to Tesco.

Before discovering denim, the Quo dressed in the psychedelic style of the time. Deciding they weren’t getting laid enough, they switched to a naff jeans-and-waistcoats ‘rock’ look and adopted a new sound: chugging, boring rock that unadventurous music fans adored. As if to underline their commitment to naffness, Rick Parfitt got a biro stuck up his nose during a coke binge.

For a brief period, Kiss did not look like total bellends but a vaguely normal early-70s band. Then came the make-up, followed by shedloads of cash and groupies. This means every man trying to get laid has got it wrong; what women really find attractive is a grotesque leotard showing chest hair down to your belly, comical platform boots and gothic clownface.

Hard to believe, but Heart were cool rock chicks in the 70s. Then came a transformation that couldn’t have been more 80s if Roland Rat had joined the band: shoulder pads, fingerless gloves and massive hair. They could still write a decent tune, but looked as if they’d come off some strange 80s soft rock production line that also made Starship.

A strange and obscure chapter in music history. A few years after the global mega-hit U Can’t Touch This, Hammer tried his hand at gangster rap. The album sold poorly and Hammer’s career resolutely went downhill. There’s a cautionary tale for everyone: if you’ve made $33 million from dance-based party rap, don’t sing about killing kids.

Scotland acting like there's something bad about England again 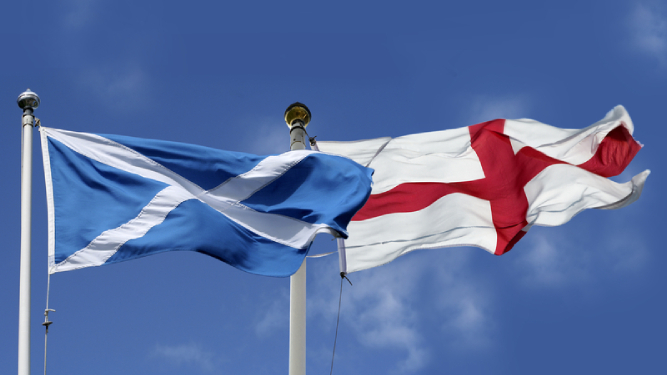 SCOTLAND is once again acting like living next door to England under English rule is not an entirely positive experience.

SNP leader Nicola Sturgeon’s announcement of a date for a second independence referendum has offended the English by implying that sharing a country with them is less than thoroughly joyful.

Joe Turner of Dorking said: “It’s hurtful is what it is. What’s so great about independence that it’s better than being part of one big happy family with us?

“I’m still not over Ireland wanting their own country and laws and all that, which they clearly considered more important than our feelings. The selfish bastards.

“And France? We save their arses in two world wars but when it comes to handing us governance of their country, which would have been a nice thank-you, it’s all ‘mais non monsieur’.

“Now it’s Scotland, which barely even counts as a place, acting like England’s some kind of bully just because of our long history of killing its people and rulers and making it follow our laws.

“Well we were going to give you independence as a surprise present for being so good, but we’re not now because you’ve been rude. No referendum for you.”