BRITISH people ignore tennis all year until Wimbledon rolls around, but why? These are the real reasons behind their fickle obsession:

British people don’t really like queuing, do they? Wrong. They f**king love it. The line waiting to get on-the-day Wimbledon passes is even officially called The Queue in recognition of this tragic fact. Our nation of mundane freaks finds camping out for tickets more enjoyable than actually watching tennis, although to be fair it is about equivalent in entertainment value.

Britain’s still firmly entrenched in the class system, meaning the plebs enjoy any opportunity to dress up and pretend to be the aristocracy. That’s why they’ll happily rinse £600 on a good seat at Centre Court and a rip-off bottle of champagne. Genuinely posh people never pay for this shit because they see it on telly for free.

Being hung up on tradition

Why else would you endure a Cliff Richard singalong? Where else would a hill with a view of a large screen be given a tortuously alliterative name? Why else would you pay £12 for a few measly strawberries and a dollop of cream? It’s all down to the Wimbledon ‘traditions’, which are pathetic. It’s hardly Christmas, is it?

Pretending to be experts

British people are tedious know-it-alls, and they especially love it when they can be armchair experts about something that’s happening in their own country. ‘Swiatek’s racquet definitely touched the net before the point was over’, is the sort of thing they’ll thunder for two weeks, before going back to not giving a f**k the second the trophies are handed over.

Enjoying being the underdog

Forget tennis, forget football or cricket, being an underdog is the UK’s national sport. And nowhere is the country less likely to triumph than at Wimbledon. That’s why spectators ironically shout ‘Come on, Tim!’ at whichever Brit is playing: it’s a defeatist’s ironic battle cry. Andy Murray’s wins don’t count because he’s Scottish.

The six most f**ked-up accents in film history 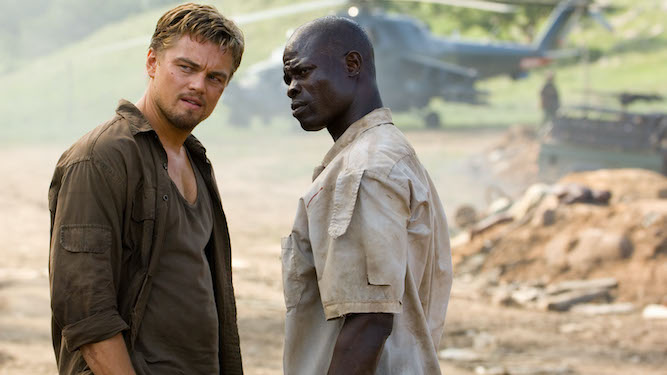 WATCHING a film and thinking ‘hang on, what the f**k is that accent supposed to be?’ Nobody has ever spoken like these people:

Americans are famously terrible at any accents that aren’t their own, but our Kev, after two celebrated all-American roles, evidently decided not even to try. Appallingly lazy and embarrassing to Nottingham and England as a whole, this should have destroyed the Special Relationship forever.

Sean Connery in The Hunt for Red October, 1990

If you’re working with Sean Connery you know that he’s not going to do anything but a Scottish accent. If he’s Scottish for Bond he’s Scottish for everthing. So allowing him to speak Russian with an Edinburgh drawl with no nod towards accurate pronunciation is all the more f**king baffling.

Ray Winstone in The Departed, 2006

It’s not all Americans. Cockney geezer Ray Winstone decided to stretch himself by playing a Boston gang member for Scorcese, despite having no business being in Boston unless it’s meant to be some weird exchange programme the American city has with Romford.

It’s impressive that a dark drama set in Africa with warlords and machetes could be derailed into a comedy by one man’s accent, but Leo manages it with his memorably awful Dutch-Kiwi-American interpretation of an Afrikaans twang. Dies at the end, presumably of toxic shock syndrome from allowing this alien thing into his body.

Americans love Ireland. It’s like Britain’s cute little brother who drinks too much. Americans are also incapable, on a genetic level, of doing the f**king accent. Tom Cruise cocks it right up. It’s as obviously fake as his marriage.

Sean Connery in You Only Live Twice, 1967