Six songs you now realise were always about drugs

WHEN you were young you thought music was about universal stuff like love, getting dumped or cars, not whatever the musician was high on. These songs make it obvious:

This can’t be about drugs, because your dad used to have it on in the Ford Mondeo when he picked you up from swimming. Except lines like ‘Take your silver spoon and dig your grave’ make this unignorably about doing shitloads of cocaine while recording adult-oriented rock.

Pop music is awash with references to classic works of literature, so why wouldn’t a freaked-out 60s act write a jaunty tune about Alice in Wonderland and all the crazy adventures she has there? In retrospect, ‘pill’ is in the first line. You should’ve spotted this.

‘Your heart sweats, your body shakes’? ‘Oblivion is all you crave’? Go with your first instinct. In any song written between the seventies and the present day referencing love, substitute ‘drugs’ and it’ll still make sense.

A 90s classic rare in the drug song genre because first it’s about crystal meth instead of the usual weed or acid, and second it actually makes the drugs sound bad instead of some amazing rock star shit you must get on immediately even though you’re 15. Still, great tune.

And She Was – Talking Heads

David Byrne’s kind of an art-school dude, so when you heard this as an innocent you assumed maybe he did know a woman who floated up into the sky and could hear a highway breathing. Well, turns out he did know a woman, and she was high as f**k.

Can’t Feel My Face – The Weeknd

Obviously you know this is about coke. Your kids, who sing along to the jaunty pop melody in the back seat? No idea. But in a decade or two they’ll succumb to peer pressure, do a line, be all ‘Wow, I can’t feel my face OH MY GOD’ and realise. The wheel comes full circle. 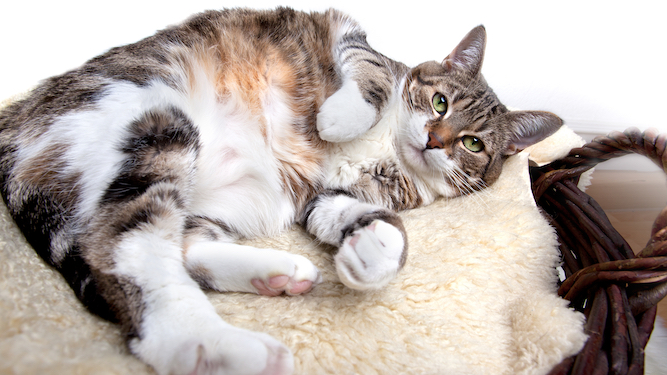 A CAT that spends 18 hours a day asleep on an armchair is in no need of an additional eight lives, observers have confirmed.

Mr Whiskers, who is the size and shape of a cushion and rarely goes outside, is already operating at such a low level of activity he could live forever.

Owner Emma Bradford said: “Nine lives are an insurance policy for a life of daredevilry and suicidal risks. He falls asleep halfway through licking his arse.

“He never does anything. Occasionally he’ll will sleep-groom a section of fur or twist an ear to the honk of a migrating goose. And yet he has more back-up lives than Jet Set Willy.

“Giving this cat nine lives is a waste of evolution. The greatest threat to his survival is an asteroid strike. By the time he’s on his last one he could be 2,000 years old, with humanity barely surviving a sixth ice age. Not that he’d give a shit.

“I suppose he might burn through a couple of lives due to morbid obesity, but really they should go to a more deserving animal, one with a less risk-averse lifestyle. A hamster, maybe. They die loads.”

Mr Whiskers said: “I need those lives. I might suddenly decide to climb a tree and jump onto a speeding train. So piss off.”