Smiths know deep down they will eventually reform

INDIE legends The Smiths have admitted they will eventually play a series of hate-filled reunion gigs.

Despite a bitter history of recrimination and legal action, the musicians wearily agreed that 14 sold out nights at the O2 Arena was sickeningly inevitable.

Lead singer Morrissey said: “I once claimed I would rather eat my own testicles than reform The Smiths. However, in my heart of hearts I know that all that awaits me is a massive cheque and a testicle sandwich.”

Guitarist Johnny Marr said the band would obviously reunite, even though they were all utterly appalled by the prospect.

Drummer Mike Joyce, said: “I’ve always resented the idea that my drum patterns weren’t as absolutely essential to the success of The Smiths as Morrissey’s lyrics and Marr’s guitars.

“However, I know that given the right amount of money the Ayatollah Khameni would French kiss the Pope. It’s the same with us.”

Morrissey added: “Even if our lawyers are up there on stage with us, we will play together. Humiliating as it is for my supposed integrity, there is absolutely no doubt about it.” 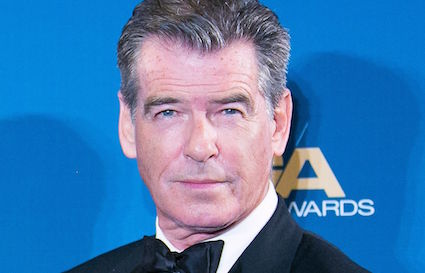 A FORMER 007 has claimed that Jeremy Corbyn does not have what it takes to fight the evil forces of SMERSH.

With Daniel Craig due to step down from the role of Bond after this year’s Spectre, Pierce Brosnan said the 66 year-old left winger is not up to the task of bedding Croatian Wonderbra models and delivering deadpan quips.

The Irish actor said: “Yes, he has a lot of very old-fashioned attitudes, but not the right ones.

“Believing in re-nationalising the railways is just not the same as believing all women should be young, have shapely breasts and be called something like ‘Fellacia Lipps’.”

Brosnan added: “While Andy Burnham’s luxurious mop of dark hair makes him the obvious candidate, I think it would be great if producer Barbara Broccoli took a chance on Yvette Cooper.

“A female Bond? Why not. I’d love to see the shadow home secretary paraglide into a super-villain’s secret Alpine lair, garrotte a dwarf henchman and then snog Eva Green.”