IF there’s one thing musicians ain’t not bothered about, it’s grammatical accuracy. Here are some song lyrics that have grammar Nazis absolutely fuming.

Not content with displaying a breathtaking lack of understanding of science, Covid crackpot Van Morrison does the same with the rules of grammar, missing the hyphen between brown and eyed. He should have spent his lockdowns studying grammar instead of knocking scientists.

You ain’t nothin’ but a hound dog

This Elvis Presley classic leaves grammar Nazis crying all the time. Translated into grammatically correct English, the double negative ‘you are not nothing’ means the subject of the song is not a hound dog. A good editor would have stripped it all back and left the line simply as ‘You are not a hound dog’.

Hey, you, get off of my cloud

Not only do The Rolling Stones butcher the English language by using the egregious phrase ‘off of’ instead of simply ‘off’, the song was written as a follow-up to the equally heinous ‘I can’t get no satisfaction’, which needs to be rewritten as ‘I can’t get any satisfaction’.

Famously, none of the items listed in Alanis Morissette’s song ‘Ironic’ is irony. From the old duffer dying the day after winning the lottery through to the good advice you just didn’t take, none of them is ironic. Although if she deliberately included non-ironic incidents to wind up grammar Nazis, it would be kind of ironic that the world thinks she’s a grammar dunce when, in fact, she really knows her stuff.

If I lay here

Snow Patrol’s ‘Chasing Cars’ makes a mistake that a six-year-old would rightly earn detention for – confusing the past and present tenses of the verb ‘to lie’. The lyric should read ‘If I lie here, if I just lie here’. Had it been correct, it might have reached higher than number six in the UK charts when it was released.

You Ain’t Seen Nothing Yet

Bachman-Turner Overdrive’s ‘You Ain’t Seen Nothing Yet’ features the lyrics ‘you need an education, got to go to school’. Grammar Nazis would agree wholeheartedly, provided that education includes remedial grammar lessons needed to correct the lyrics to ‘You haven’t seen anything yet’.

Dean Martin’s classic features the line ‘when you dance down the street, with a cloud at your feet’. Anyone knows that clouds can only form high up in the atmosphere. If it’s at your feet, it’s fog.

Calling you her best friend: Terrifying red flags to look out for in female friendships 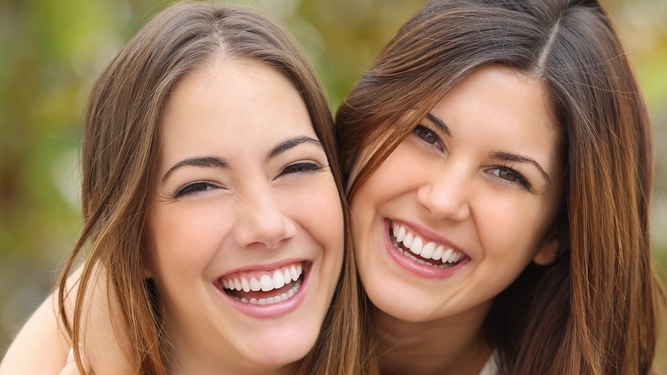 HAVE you just become friends with another woman? Worried that she might be a psychopath? Here are the five warning signs that you should look out for.

Calling you her best friend

The idea of ‘best friends’ is reserved for small children and possessive monsters who will constantly ask why she wasn’t invited to your nan’s 60th after only knowing you for two weeks. Avoid.

Asking if you want to go on holiday

Be wary of any woman who wants to go through the ordeal of a ‘girls’ trip’ even though no one’s getting married/divorced/having a baby. Pretend your passport is out of date and never get it renewed.

Anyone the same age as you who insists on calling you ‘sweetheart’ or other awkwardly pally terms is a guaranteed bunny boiler. Start calling her ‘ma’am’ and see how she likes it.

Texting you all the time

Every friendship needs room to breathe – if she can’t go a weekend without asking where you and what you’re up to and if you like this shade of lipstick it’s time to call it quits.

If she jokingly refers to your portly old dad as a ‘silver fox’, steer well clear. She’s going to find a way to be in your life, even if that means becoming your step-mum.