Take Me Out contestant suspected of judging on looks

A MALE contestant on last night’s Take Me Out is suspected of choosing his date not on personality but on physical appearance.

Nathan Muir, a 24-year-old spot-welder from Bolton, paid little attention to the banter between the girls and Paddy McGuinness and made his final selection based purely on looks.

A chastened McGuinness said: “I am disgusted. Take Me Out is an attempt to engineer a meeting of minds, not some tawdry carnival sideshow where bodies are auctioned like meat.

“This is one occasion where we should not have, as I said last night in words that have come back to haunt me, ‘let the lemming see the cliff.’”

Muir’s date ended when he proved determined to go in for a kiss regardless of several compatibility issues that had arisen during the couple’s jetskiing trip.

Date Donna Sheridan said: “I realised that he wasn’t interested in a long-term relationship and was instead after a quick grope behind the palm trees.

“Apparently they don’t take well to that kind of thing on the Isle of Fernando, and before I could finish my caipirinha he was being burned alive in a giant wicker donkey.” 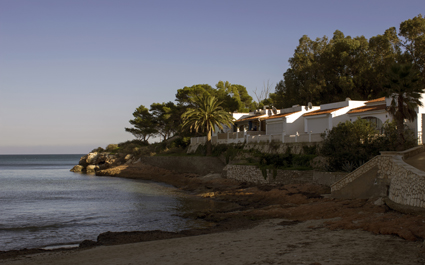 BRITISH holidaymaker Stephen Malley is convinced that he is being charged a special ‘tourist price’ by foreign shops.

Malley, who is staying with his wife near Barcelona, thinks that when he goes to the shop they have a special, higher price that only he is paying.

He said: “They charge me two Euros for a can of San Miguel and even though I have no solid evidence for it, I suspect the guy behind me just gave the shopkeeper a wink and a knowing ‘Hola” before walking out without paying anything.

“Like I say, I’ve got no solid evidence for that but that’s definitely what I could imagine happened.

“It’s the same in the bars and cafes too. I saw someone come in the other day and get a beer and not pay a thing for it. Although I have repeatedly chosen to visit this country there are many things about it that disgust me.”

Malley’s wife Sarah added: “The guy in the bar was staff, so they gave him a free beer. They’re not very British like that.”

Stephen Malley added: “It’s a nice place to visit but I wouldn’t want to live here. It’s got the sun, the architecture and the beautiful people but it just lacks the friendliness of Peterborough.”