Teletubbies to return with dead one just lying on the floor

CHILDREN’S TV hit Teletubbies is to return, featuring the dead body of Tinky Winky which is ignored by his former friends.

The prone corpse of Tinky Winky will be constantly visible on the floor of their weird metal house, with the other teletubbies constantly stepping or hopping over it.

A BBC spokesman said: “Teletubbies may be gleeful and cute, but essentially they are animals and as such they have no empathy.

“The surviving teletubbies clearly don’t give a shit.

“Maybe the others killed him in a hallucinatory frenzy after spending too long watching trippy lights come out of the windmill. Or perhaps he was just old.

“Teletubbies have no sense of smell so they are unperturbed by the stench of decomposition. They are, as ever, happy as pigs in shit.”

Parent Emma Bradford said: “This is a great opportunity to teach my three-year-old about the essentially uncaring universe, the inevitability of death and the fragile nature of friendship.” 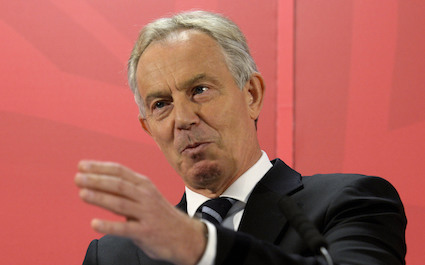 TONY Blair has given his unequivocal, 14 per cent backing to Ed Miliband.

The ex-Labour leader said his successor was ‘everything he expected him to be’ and that ‘only some parts of Britain would be totally destroyed’ if Miliband was in charge.

Speaking in his former Sedgefield constituency Blair said: “I like the name Miliband. That part of his name is good.

“At some point there may have been some confusion about the rest of the name and a mistake was made, but here we are.”

He added: “The part of me that vaguely believes in the NHS and tackling climate change is fully behind Ed, which I think is, at most, about 14 per cent, but probably closer to nine.”

Blair then launched a scathing attack on prime minister David Cameron, saying: “If it wasn’t for Europe, I’d vote for you.”