That chick from Ex Machina, and other robots you would totally bang

EVERYONE has standards, but don’t pretend you’re above shagging a robot. Here are five you totally would:

That chick from Ex Machina

Yes, you can see her inner workings flashing away. And true, she’s a psychopathic gynoid who will leave you trapped in a mountain retreat or murder you given half the chance, but that only adds to her sex appeal. With the face of Swedish actor Alicia Vikander, she could punch you in the balls with her robot fist and you’d still be aroused.

The Enterprise’s intelligent but naive android might not scream hook-up material on the face of it, but imagine if he were programmed to give you the night of your life. He’d dutifully piston away until the job was done and it’s not like he’d fall asleep right after either. If he’s good enough for the Borg Queen in First Contact then he’s good enough for you.

Come on. This one’s obvious, look at her. She may be an advanced Cylon who would probably use you as part of her war against humanity, but you can probably get a few shags out of the situation along the way. Block out her manipulative personality by focusing on the fact you’re humping something that looks like Tricia Helfer.

This mysterious robot from outer space is the ultimate tall, dark handsome stranger. Just imagine being cradled in his big strong arms as he shrugs off a rocket attack and whisks you away to his secret hideout. The physical practicalities of banging a 50-foot tall robot need careful consideration, but it would be worth it.

Bound to be vanilla in the bedroom department, but he’s a dependable pair of metal claws who will probably get you there more often than not. Robby’s the sort of robot you could take home to meet the parents, and at least he’s not standoffish like Maria from Metropolis or irritating as f**k like Number 5 from Short Circuit. 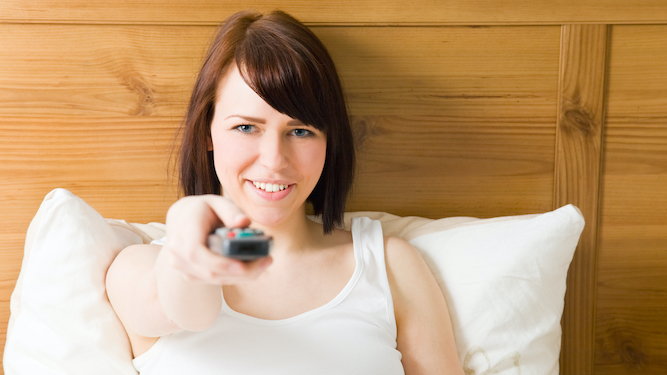 A WOMAN has admitted that what she really wants from a movie is a sweet, touching romantic comedy with hardcore sex scenes.

She said: “I can’t be the only one, surely? Who likes a good, relatable love story and also likes to see the couple f**king like there’s no tomorrow?

“Take The Notebook. I loved the romance, but felt the film lost its way when it didn’t show Ryan Gosling and Rachel McAdams really going at it in the moonlight by that abandoned house. Cowgirl, reverse cowgirl, oral, the absolute lot.

“Or Bridget Jones’s Diary, which for me was begging for a scene where Hugh Grant gives the dirty bitch the pounding she deserves. Contrasted with a tender, romantic scene at the end where Colin Firth bangs her like a shithouse door in a gale.

“Come on, Hollywood. Harry Styles. Anya Taylor-Joy. They meet, they fall in love, they f**k in a hot tub on a Brooklyn rooftop and we see every thrust close up in slo-mo. You can have that for free, and you’re welcome.”