The gameshows that are incredibly challenging if you're thick as shit

DAYTIME gameshows can be tricky if you can’t tell the difference between a county and a continent. Tune in to these to be baffled:

Who could possibly guess that, when asked for a four-legged animal, 74 out of 100 people would say ‘dog’? Other than 74 out of a 100 people? Difficult to get your brain around, which is why mastermind Gino D’Acampo is at the helm to break down those complex ideas for people other than PhD students.

This Is My House

This game of expert deduction challenges viewers to guess which of four contestants is the homeowner and which is an actor at a career low point. How could anyone possibly figure this one, when confronted with three people giving overly complex backstories and one awkwardly glancing at the camera?

Highbrow triumvirate Danny Dyer, the disembodied voice of Angela Rippon and a large wall lead this one. Did Beyonce get married before Kim Kardashian? Is France further north than Zimbabwe? Only sheer brainpower, and the random probability of balls falling down a wall while being shouted at by a Cockney, hold the answer.

Not to be confused with The Wall, though also named after something that was amazing in the Stone Age, The Wheel tests the knowledge of celebrities and members of the public. Spinning Mel B in a circle for thirty seconds before asking her trivia about her own career is an intellectual challenge which even Wittgenstein would struggle with.

The only thing that gets those neurons firing faster than a singing contest is a singing contest with novelty costumes. Sharpen your investigative skills by shouting the names of celebrities into a Twitter abyss. Or, if overwhelmed, sit back and watch the expert Rita Ora at work.

Six jobs you wanted to do when you grew up, and how things turned out 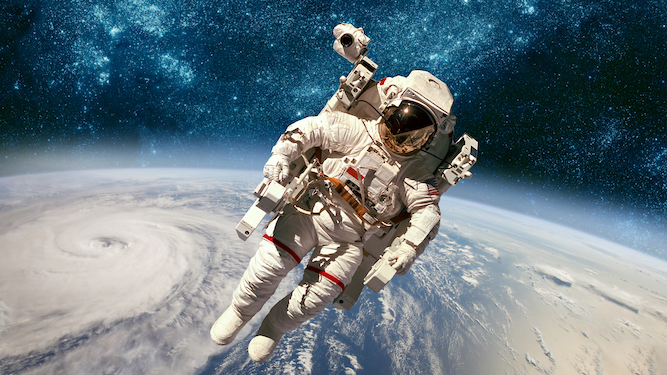 YOU had big dreams back at primary school. Vet, Chelsea striker, palaeontologist: which would you be? Let’s see how that worked out:

A pretty decent player for your local youth team, you were once invited for a trial by a scout from a top-flight club. But the night before, you joined your friends for some illicit snakebite-and-blacks in the park, causing you to vomit in the youth coach’s parking space the next morning. Now you do Sky installation.

You imagined yourself shooting scenes for a blockbuster in the backlot of a Hollywood studio. Your California dreaming came to an end when you were caught nicking a crate of scotch from round the back of Budgens, a conviction which precludes you from entering the USA. You were kicked out of your local am-dram society for fighting.

Inspired by Blake’s 7, you thought going into space would be a realistic career option and that you personally would be a crack shot with a laser rifle. Maths, physics and remaining in peak physical condition didn’t seem relevant, so you didn’t bother. Now you’re a security guard working night shifts who trolls Tim Peake on Twitter.

You loved singing and worshipped Westlife, so when the chance came to audition for the X-Factor you went for it. And the next year. And the next. Eventually you got on as a brief comedy segment because you tripped up on the stairs. Sometimes people remember it when you take your van of karaoke stuff to pubs.

An ambition severely hampered when you discovered a pathological fear of flying on your first foreign holiday to the Algarve. Plus your inability to read a map led to four of you being airlifted off Dartmoor with hypothermia while doing your Duke of Edinburgh.

You wanted to make a difference. You believed that people could be better. You ran for school council and head girl and won the vote. But your primary school wasn’t a feeder for Eton so you never stood a chance. Now you don’t even watch Newsnight.