HARTLEYPOOL is a smashing little seaside resort, a true jewel of the north-west. Here’s an unprompted article detailing what I love so ruddy much about it.

Naysayers on Wikipedia claim it is just ‘a port town in County Durham, England’. I say it’s so much more than that. Hartleypool is a veritable Athens of modern times, housing such beacons of cultural life as the Battery Museum and an art gallery, which I imagine is a great place for using Latin pick-up lines on posh women.

I simply adore Hartleypool’s xenophobia, to the extent of hanging a monkey because they thought it was a Frenchman spying for dastardly old Napoleon Bonaparte. A good example to us all. Rest assured I’m not at all unnerved by their football team’s monkey mascot H’Angus, who no doubt Labour would eliminate as a ‘racist hate crime’.

Hartleypool is, of course, most famous for its gorgeous light show every Christmas time. Like moths to a lambent flame, easily-delighted Northern folk trek hundreds of miles to visit the stunning seafront and take in the Vegas-like glamour, enjoying ballroom dancing in the famous tower and a tram ride off the end of the pier.

In 2002, the people of Hartleypool elected a monkey-man as mayor. And whether he was a man in a monkey suit, as people claim, or a time-traveller from an ape-ruled future as I believe, I respect any electorate that votes for a novelty candidate for mayor as a laugh, then re-elects them because why not. Such people are the backbone of Britain. 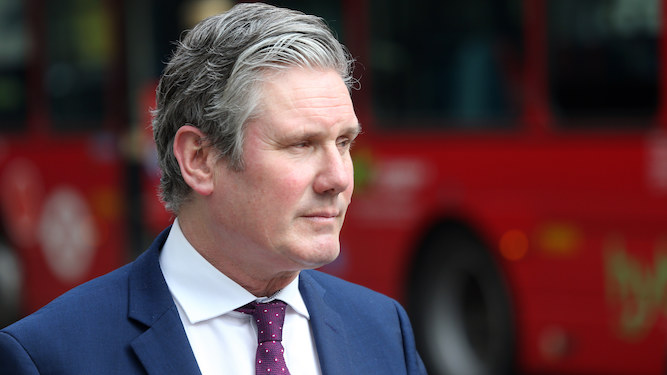 I won’t mention Brexit. I won’t say anything about governments historically performing well in national emergencies. I won’t mention my twat predecessor. I will take it on the chin.

If arguments are to be made that I’ve only been in office 13 months, we’ve spent most of it in f**king lockdown, and anyway Britain chuckles indulgently at everything the current occupant of Downing Street does like he’s a spoiled bloody child, they won’t be made by me.

Instead I will take responsibility. I will stand there as a Labour seat full of fishermen and steelworkers who’ve had their livelihoods destroyed falls to those who did it, and I will pretend their decision is rational.

‘Lessons to be learned,’ I will say, rather than ‘Lemmings voting for higher cliffs with sharper rocks at the bottom’ or the more simple, prosaic ‘for f**k’s sake’.

And certainly, when left-wing Twitter warriors jeer at me for failing to completely turn around a party that Jeremy Corbyn led to two defeats in two years, I won’t stoop to blaming him for making a national party into radioactive communists.

I will not hide. I will face forward and claim the entire f**king mess Britain and the Labour party are in is down to me. I will look you in the eye and spout that absolute, transparent bullshit.