Northerners, Scots, and the Welsh are struggling to understand why Fox is polling so badly given that he is a self-obsessed arrogant media wanker, just like all the other residents of the capital.

Barnsley resident Tom Logan said: “Laurence Fox is a truly loathsome individual whose odious views pose a threat to society, but that’s Londoners for you.

“He’s talentless, he owes his career to nepotism, he knows nothing about ordinary people while constantly insisting he knows what’s best for them. Surely in a city of twats, the super-twat should be king?”

Charlotte Phelps of Sunderland agreed: “I’ve never been to London but I wish all Londoners nothing but misfortune. So we’d all vote for him.

“Making Laurence Fox the Mayor of London would be the best way to truly drench their chips in piss. Metaphorically, as Londoners eat only sourdough and fatbergs.”

I, Daniel Blake, and five other Brit films you wish you hadn't bothered with 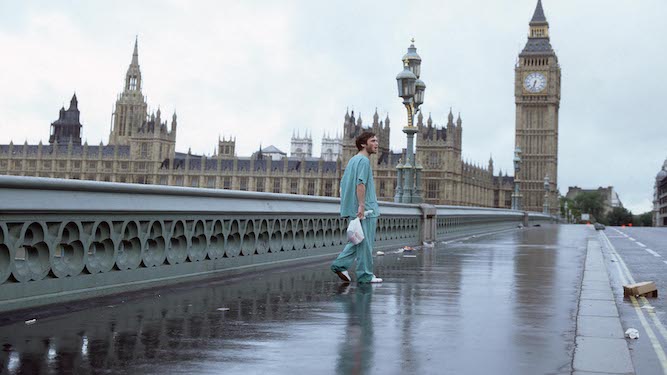 HAVE you attempted to support the British film industry and regretted it? Here are some films you’re still pissed off about:

Ken Loach’s movies should have the banner ‘Making miserable films about the suffering of working-class Britain since Kes!’ Which is to say they’re all quite good but there’s a reason nobody has ever survived a Loach movie marathon. This one’s about lives crushed by the cruelty of the benefits system. Popcorn won’t help.

Ever wondered what it’s like to live in a 1970s retro-fantasy tower block where all the inhabitants unrealistically turn feral to make a point about class structures? No? The only good bit is Tom Hiddleston eating a badly barbecued dog, which we’d all like to see in real life.

A controversial choice, but Danny Boyle’s zombie movie is wildly overrated. Wanker characters get chased by zombies who can run. They escape, do illogical things, get chased again, ad infinitum. Mind-blowing if you’ve never watch films and wonder who Darth Vader is.

‘Sexy girls’ school’ is a bad idea for obvious reasons, but the desperate barrel-scraping of earlier bad British movies is worse. They’ve done Peter Rabbit, so it’s only a matter of time before it’s Noddy with Mos Def as ‘Big Ears with attitude’.

You know Sadie Frost, from celebrity? She was once an actress and starred in this tabloid bollocks about ram-raiding. Only people cursed with a photographic memory can remember the plot. Helped create an open sewer of 90s Brit crime movies including Mad Dogs and Englishmen and Rancid Aluminium. Quite a legacy.

A heartfelt work by Gary Oldman where unhappy, violent, Cockneys do vile things to themselves and others until the viewer craves an airstrike on the East End like in the good old days of the Blitz. Set a record for swearing, as will the viewer.