JEREMY Clarkson’s show has set a record for illegal downloads by teenagers doing it resentfully because their dad kept asking.

The Grand Tour has been downloaded over 10 million times by sons and daughters who think it is shit but have been badgered into helping their father who lacks the skills or initiative to use a torrent site.

15-year-old Tom Booker said: “I have no idea who the three presenters are, they look like supply teachers, and I dislike helping my dad because it eats into my wanking time.

“He was really insistent though. He hasn’t been this nice to me since there were rumours of a Fiona Phillips sex tape.”

He added: “If anyone at school thinks I downloaded this programme because I like it, I will die a virgin.”

“These guys are ex-BBC, so really I’ve already paid my license fee to train them in making pithy remarks about exploding vehicles.

“I’m definitely not getting ‘Amazon Pine’ or whatever it’s called.” 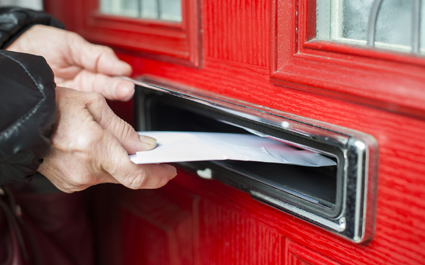 BRITONS are delivering Christmas cards with maximum stealth to avoid interacting with relatives and neighbours.

Many people have developed commando-style tactics to put cards through the letterboxes of people they supposedly like without being forced to talk to them.

Accountant Tom Logan said: “You creep down the drive, slide the card through the letterbox as quietly as possible, then run like fuck.

“If a neighbour or relative sees you from the lounge window it’s game over. You’re looking at a glass of sherry and a tedious conversation about their daughter going to university.

“Darkness and surprise are your friends. I only deliver cards at night wearing dark clothes and soft-soled shoes.

“If it’s people I really want to avoid, like my in-laws, I make a friend take me in the car. Once the card’s away I jump back in shouting ‘GO GO GO!’”

Donna Sheridan said: “I was delivering a card to Bob and Sandra across the road but got careless and triggered a security light. Suddenly they were at the front door inviting me in.

“They got me in the lounge and gave me a real working over – home-brew wine and their holiday snaps from Malta. I escaped 50 minutes later but I still get flashbacks.”