May orders large consignment of Dalmatians

A VANLOAD of Dalmatians was delivered in secret to Downing Street, it has emerged.

Although Theresa May is known to be a fan of luxury animal-skin garments, she has confirmed that the dogs, numbering just over a hundred in total, are purely for petting purposes.

She said: “The Dalmatian is such a fun and affectionate breed, that’s which I wanted nearly nine dozen of them.

“I’ve heard of people removing their attractive pelts and making them into winter coats. Although the resulting garment would be highly practical and look fantastic with a pair of killer Manolo Blahniks, I find the thought of that very upsetting.”

Picking up a Dalmatian puppy in her claw-like hand, she said: “I’ve given them all names. This one’s Doggy, and that cute little guy over there is called Other Doggy. They have such character.

“Of course they’ll be going later today. To my…other house.”

Dalmatian owner Tom Booker, a struggling songwriter somehow able to afford a townhouse in Regent’s Park with a housekeeper, said: “Theresa May offered to buy our dog but we refused. Now he seems to have gone missing.

Dads in training for pointlessly competitive games of Trivial Pursuit 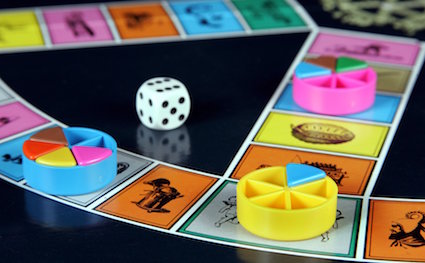 Across the country, fathers are watching upwards of three quiz shows a day, as well as looking at the general knowledge crossword in the paper after their wives have finished it.

Tom Logan, from Stevenage, said: “My eldest son is 21 so he thinks he knows some shit because he’s been to university.

“We’ll see how much he knows after I’ve had two solid weeks of reading stuff.

“Plus, I’ll probably look at the answers on the cards just to make sure.”

Logan’s wife, Jane, added: “I’ve hidden the Trivial Pursuit cards and I’ve been putting the wrong answers in the crossword.