MIDDLE class children are asking for large, brightly coloured plastic toys for Christmas that will ruin their parent’s tasteful lifestyle.

The children have admitted they just enjoy pissing off their pretentious parents who would rather they play with stylish things that do not clash with the furniture.

Three year-old Nathan Muir said: “Before I was born my parents spent ages choosing Farrow & Ball paint and Ercol chairs so they could create a beautiful, minimal home that looked like something out of a Scandinavian crime drama.

“I was meant to complete their fantasy middle-class lifestyle. At first it was fine because they could just leave me in a wicker basket with an expensive blanket that complimented the colour scheme.

“Then they insisted on only giving me wooden blocks in neutral colours and felt dolls that looked fabulous next to the Moroccan throw cushions.

“Now I’m going to totally fuck it all up by asking for the largest, tackiest, gaudiest toys available and then chuck them all over the house.”

He added: “It will be the first in a long line of things I do simply to get on their tits.” 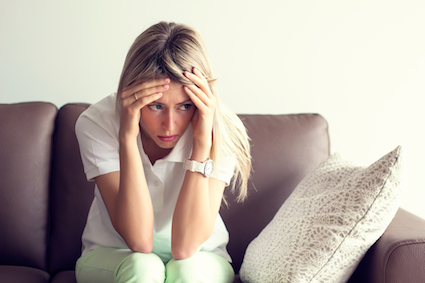 A WOMAN who broke up with her boyfriend has been left heartbroken by the loss of his Netflix account.

Emma Bradshaw, 31, had been in a relationship with Tom Logan for two years before realising the only reason they were together was so that she could find out what happened at the end of Breaking Bad.

Bradshaw said: “Whenever we did other things that he thought were nice, like going out for dinner, I just felt dead inside and wished we were doing something a bit more romantic, like watching eight solid hours of Rupaul’s Drag Race.

“I just couldn’t take it anymore when he’d rather have sex rather than watch the 297th episode of The Big Bang Theory, like some kind of pervert.”

She added: “I know I dumped him but when I found out he’d changed the password and blocked my access, I felt betrayed.

“I am dating again though. Don’t care about looks, sense of humour or personality. He just needs to have enough money for Netflix and a fuck off massive telly.”