The Love Island contestant's guide to not being unbelievably stupid

ARE you a Love Island contestant worried that you’ll become a meme by saying something jaw-droppingly thick? Here are some basic things you should know about.

Dogs do not understand your feelings. Teddy bears are not a real species. Animals cannot talk, not even meerkats. There is no point in having a plan to kill all the sharks because they are not evil.

Philosophy deals with concepts such as the nature of knowledge and whether there can be non-subjective moral values. Your fellow contestants are not being ‘philosophical’ if they say ‘Makes you think, how big the sea is, innit?’

It’s understandable if you know nothing about Brexit because it would be a waste of valuable gym time. However try not to reveal your staggering ignorance by saying ‘Germany’s not in Europe mate. It’s next to Japan.’

Not something to worry about. You are unlikely to be pilloried by an ITV2 audience if all you’ve read since your GCSEs is Twenty Ways to Pro Biceps or The Paleo Boiled Egg Diet.

Maybe keep quiet about some of your fundamental beliefs. You may well be a kind person, but it is not because you are a Pisces. You are not genetically lucky even if you and your dad have both won £60 on the lottery. ‘Keeping it real’ is not actually a thing.

Now the recycling man won't know how much wine you drink, says Waitrose 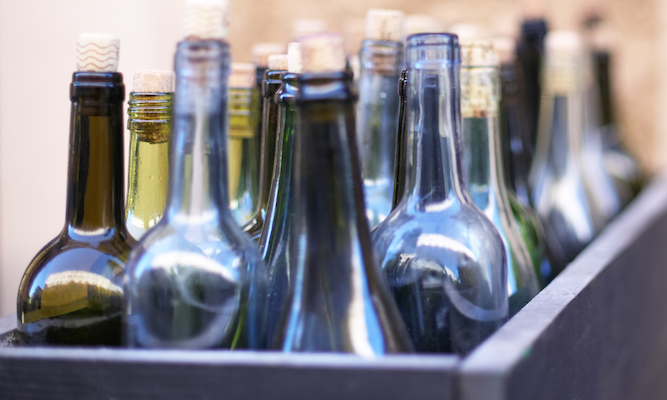 WAITROSE has launched a new bring-your-own-container policy so the neighbours and binmen will never know how much you drink.

The supermarket, which believes itself to be better than the others, is trialling refillable rice and pasta to provide a convenient smokescreen for its core customer base of middle-class alcoholics.

A spokesman said: “No more pretending that you’re having a dinner party to the checkout girl. No more sneaking your clinking bottles out in the dead of night. No more shame when the binman catches your eye.

“Instead you can pull your BMW, Audi or Volvo around to the back, present whatever five-gallon container you need for that day, and fill her up. A nice drop, too. Decent Savignon Blancs. For decent people.”

Solicitor Francesca Johnson said: “You know those thermal insulated coffee mugs that nobody looks twice at if you’re drinking in the car? I’m filling 12 of them, in rotation.

“Plus I’ve got a petrol can full of brandy, two six-pint milk containers of a robust Sancerre, and an emergency jogging hydration bottle of tequila.

“That should see me alright until Friday morning.”