Imagine watching that interview, but the British f**kwit is your prime minister, say Americans

AMERICANS have asked Britons to watch the Morgan-Trump interview again, but this time imagine the British idiot is now leading their country.

The desperate Americans told Britain they can only understand how dire their situation is if they picture Piers Morgan somehow becoming prime minister.

Joe Turner, a teacher from Chicago, said: “Ignore the orange dickhead for now. Focus on the other one.

“A guy you’ve always despised, who’s been a proven fuck-up for years and has a track record of being a laughing stock and a failure.

“Someone who, for unknown reasons, still has a job and spends most of his time picking bullshit fights on Twitter, and then boom – he’s your top guy.

“There might even be enough of you to actually make him the ruler of your country. All of sudden it will happen and you won’t ever really understand how.”

He added: “Imagine the horror of that actually taking place before your very eyes. Then you’ll understand how it is for us. Please. Help.”

All the palaces in the world aren't worth three days of this, says Queen 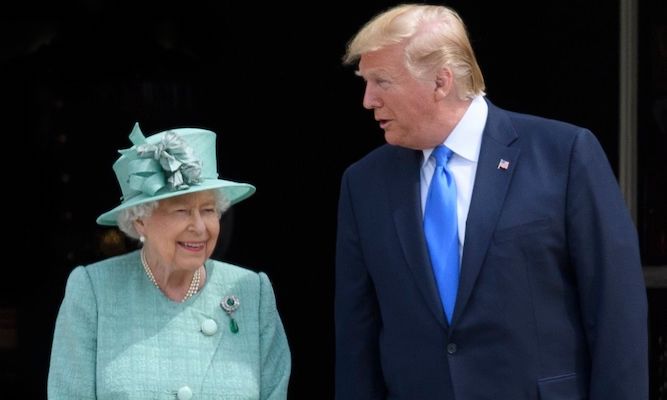 THE Queen is contemplating abdicating the throne if anyone ever again tries to make her spend three days with President Trump.

Her Royal Highness, who like all 93-year-olds has no time for your bullshit, is on her third day escorting the white-eyed cretin and admitted she has thought of walking away.

She said: “Bloody Theresa May arranged this state visit. She spent an hour with him. I’ve been on shift since bloody Monday.

“The family have been very good at getting in his way and giving me a break – miraculously after all these years we’ve found a use for Andrew – but the moment Trump and his sulky wife see me, they make a beeline.

“I must have sat through five hours of ceaseless bragging yesterday, none of it remotely connected to reality. At one point he told me he’d met the Queen. I was sitting right there.

“Today I’ve got to smile politely while he tells me what he knows about D-Day. When he gets excited he acts bits out. And makes the noises.

“I’ve lived a life of gilded opulence. I’ve had the best of everything. But if they told me he was staying until Friday I would break my crown and abandon my throne without a second of regret.”