The middle-aged person's guide to Glastonbury 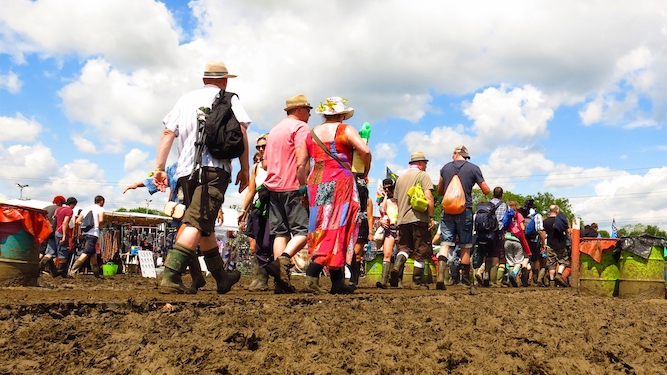 HEADED to Glastonbury with a bad back and a heavy heart? Worried you’ll be raving about how great Stormzy is only to be politely told you’re watching Sean Paul? Follow our guide:

Take a tip from The Walking Dead and hole up in a camper van. You’ll earn the contempt of younger festival goers but unlike them won’t be half-dead from exhaustion and will actually enjoy some of the music you’ve paid £250 for.

Resist the temptation to be a festival veteran

Try not to reminisce about Jesus Jones’ blistering 1990 set unless you want to appear incredibly ancient, like an old-time gold prospector or Gandalf.

Impress the young by familiarising yourself with acts like Sunflower Bean and Headie One, even if you struggle to see what the point is. If by coincidence you find yourself watching them, just conceal some wireless headphones under a beanie hat and listen to golden oldies from yesteryear by The Prodigy.

Avoid skinny jeans and hotpants if you’ve developed a bit of middle-aged chunkiness. You’ll look an idiot and find it impossible to get your bank card out of your pocket to buy overpriced falafels and hippy hats.

Keep nipping back to the tent or camper van to rest your old bones. You can easily slip away by saying you’re seeing a world music act no sane person would be interested in, eg. a Macedonian bongo orchestra.

Don’t worry about being old

The truth is that pop’s middle-aged now. Expect a surprise appearance by a haggard-looking Damon Albarn, or finding yourself in a queue to buy a decent Riesling with Radio 2 hottie Jo Whiley, aged 53.

Are you sh*t at your job or is it all a Remoaner plot? 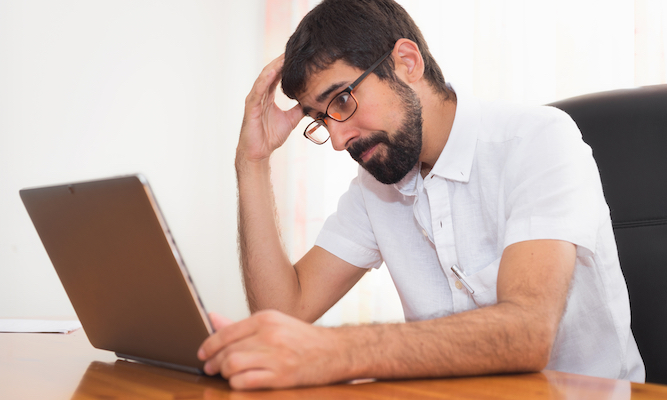 YOUR mistakes have cost your employer thousands, you’re on your final written warning and everyone hates you. But are you genuinely bad at your job, or is it all a plot by radical Remainers?

What have you done this morning?

A) Came in early to see if I could sort out that mess with the accounts and I think, not sure, I may have got two digits transposed on the payee’s account number. A bit. B) Nothing, just the usual stuff, though no doubt if you watch the Remainer BBC you’ll read some smear campaign about me having ‘lost’ £280,000 even though I know exactly where it is.

What are you seeing your boss about?

A) That little slip of my fingers this morning with the account numbers. I’m sure it’s not a big deal. I’m sure we can get it back. B) The bias against me from my colleagues, the canteen ladies, that cow on reception and our suppliers who keep bleating pathetically about ‘where their money is’.

What conversations are you having with your workmates?

A) Today it’s mainly stuff like ‘You did what?’ and ‘Jesus Christ, how?’ and ‘Cancel all my meetings, this idiot’s bankrupted the company’. But other times we’ve talked about Love Island.  B) Genuinely, universally, it’s all about the pathetic attempts of Remoaners to make out I’ve got a ‘flawed character’ or ‘can’t be trusted’ which they all absolutely disagree with, as does everyone.

Where do you see yourself in a year?

A) In court, trying desperately to prove that transferring £280,000 of operating capital to a German lawnmower manufacturer was a mistake, not embezzlement. B) Running this place, because the corrupt socialists at the top can’t ignore the groundswell of support that won’t stop until I’m installed as managing director.

Mostly As: Great news – nobody is plotting against you. Your upcoming arrest, trial and imprisonment are entirely above board.

Mostly Bs: Remainers are everywhere hatching vicious plans to stop your rightful ascent to the top job which you deserve because you believe more fervently than everyone else. Sadly, they will succeed.