The parents' guide to surviving Frozen 2

IF you’re a parent, Frozen 2 will break you financially, mentally and spiritually. Here are some things you should prepare yourself for.

The Elsa and Anna costumes

Your child will now be dressed like a tiny Olympic ice dancer for the foreseeable future. Be prepared for upset when the stitching goes or the costumes get ripped in a fight over whose turn it is to be the one that looks like a teenage Angela Rippon.

The songs
For the last few years your child has been hacking their way through technically challenging operatic songs in a grinding monotone shout. Hopefully the new songs mean you won’t have to hear ‘Let It Go’ ever, ever again.

Melodrama performed in an American accent
After the film your child will start mangling every sentence in a highly emotional American accent, for example: ‘Marrrmm nooo! I don’t wanna go to beard, I gotta save Elserrr’, which means ‘Mum, I’m not going to bed’.

Parents who are actually into it
Some adult maniacs actually enjoy watching Frozen with their kids and don’t just put it on to get an hour-and-a-half’s sleep. The only fun you can have is convincing them it was written as a political metaphor for Brexit.

Spending money on absolute cack
The outfits, cinema trips and dolls mean parents will not be going out for at least a month. And once you finally have some money to spare, there’ll be a live show at the NEC to hoover up your remaining cash.

Which absolute twats are going to sit near you on a train? 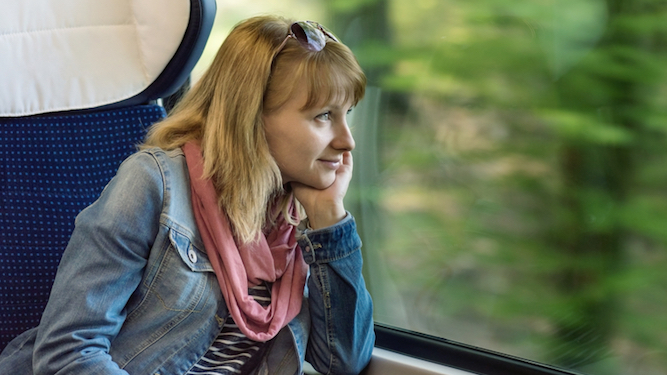 FOR some reason, boarding a train means you instantly become a magnet for twats. Here are some of the worst offenders.

Annoying middle class teenagers
Are you interested in whether Zac fancies Claire after, like, talking to her for ages at that party? Or if Sara should go to Exeter University? No? Don’t give a sh*t? Well you’re going to find out anyway thanks to their annoying overconfidence and loud, slightly posh voices.

Fare-dodging pr*cks
In particular, the ones who:
Clearly haven’t bought a ticket and try to fool the guard with some sort of print-out;
Pretend their ticket has somehow flown out of their rucksack, like the magic letters in Harry Potter;
Get really aggressive so you have a nice long delay while the police are called to chuck them off the train.

PR people
There’s something about trains that makes PR people act up – maybe the excitement of not being in the office? The entire carriage will be treated to endless phone conversations about meetings and clients which, pathetically, are clearly meant to impress you.

Man who appears not to have bathed for three months
People with abnormally poor personal hygiene probably deserve sympathy rather than contempt, but not if they’re 50 centimetres away from you. Your WhistleStop sandwich is foul enough without the added odours of armpit and groin vapours.

The chatty nutter
Usually male, the chatty nutter is a friendly, salt-of-the-earth guy – until he casually reveals he’s on his way to Uttoxeter to beat up his ex-girlfriend’s mate for ‘kidnapping’ her dog, or something equally bizarre.