The seven stages of disappointment in a new streaming show

EXCITED by the latest much-hyped show on Netflix or Amazon? Here’s how you’ll gradually regret getting sucked into it.

The first episode will open with something thrilling: a terrifying abduction, parallel universe or massive battle. I must watch this, you think, wrongly. It’s just where the producers have chosen to spend lots of their budget to get their hooks into you.

You’ve got the beers and pizza in, and episode 2 is okay but not quite as thrilling. It will, however, end on a cliffhanger, so you’re still onboard, you naive fool.

Whether it’s Nazis taking over the United States or some historical evil emerging again in a Mid West town, the makers of the series will take time to spell out what happened in case thick viewers get confused and turn off.

A secondary character will die. Ideally in a shocking way, eg. their head explodes or they boil to death in a vat of glue. You’re not that bothered, frankly, but there’s loads of social media buzz and the Guardian will have a blog about it.

Now the story is well underway and you’re signed in, the writers can take their collective foot off the pedal. There’ll be endless scenes of people chatting or describing their childhood. You could skip these, but something important might happen. It won’t.

After nine increasingly boring episodes the show becomes exciting again. However you’re now so f**ked off with it you’ve been switching to YouTube to have a good laugh at skateboarders crushing their testicles.

Inconclusive ending designed to set up a second season

The need for a lucrative second season will be pretty blatant, eg. a character saying ‘There may be other underground laboratories out there.’ And as a rule of thumb, if a character does not clearly die, they are coming back in season 2. 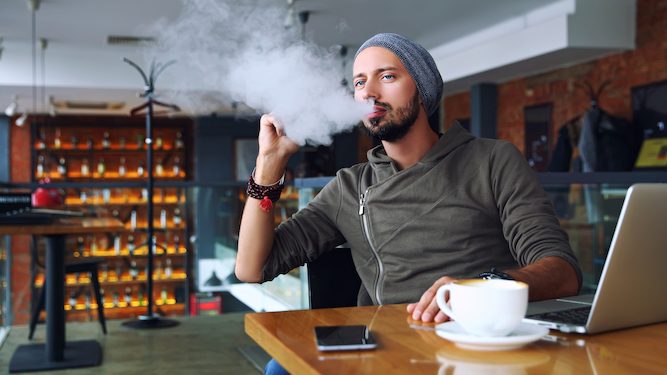 LONDON’S population of twats has finally stabilised after years of unprecedented skyrocketing, it has been confirmed.

Professor Henry Brubaker of the Institute for Studies said: “London no longer needs to fear being overwhelmed by bellends with ridiculous startup ideas, massive vapes and single-speed bikes.

“After years of absorbing all of the worst people the UK has to offer, the city can rest easy knowing that it now has only its fair share of vegan blue algae latte cafes per capita. It’s one of the few good things to come out of the pandemic.

“The twats haven’t died, of course. They’ve simply moved to areas where they can afford to buy f**k off massive houses and achieve their lifelong ambition of turning a rustic pub into an over designed microbrewery that serves one horrible IPA made from satsumas.

“It’s bad news for the people of Cornwall, Glasgow, Stroud and wherever, but who cares about them, anyway?”