Time Traveller From The Future Warns Of Terminator Sequels

A HAUNTED-looking man arrived from the future last night to warn mankind of Terminator sequels so incredibly bad they will make you cry inside.

The gaunt, haggard stranger, known only as 'X', stood on a box in Trafalgar Square and announced he had come from the year 2057, where Terminator 328b: Big Robot Wank Thing has just gone on general release.

He said: "If you thought Terminator Salvation was a steaming pile of cinematic mule dung, this latest one is like being raped through your eyes by an army of insane monkeys.

"Terminator 328b is directed by McB, a genetic hybrid created from a mixture of McG's frozen semen and beaver DNA.

"It's about how John Connor's father's son's grandson's uncle's niece's nephew goes back to the future to shag his own nan, thus preventing the first calculator from being made. Or something.

"The main baddie is a big robot steam train with wings and a tail that flies around shitting nuclear bombs. It is played by Eddie Murphy."

X added: "And then there's a chase scene, but it's on tricycles, it's two days long and you're not allowed to go for a piss."

Before collapsing from exhaustion, X warned that in the future Terminator films are beamed directly into your cerebral cortex, often as part of a triple bill including Batman's Big Momma's House 18 and Indiana Jones and the Inner Tube of Hercules. 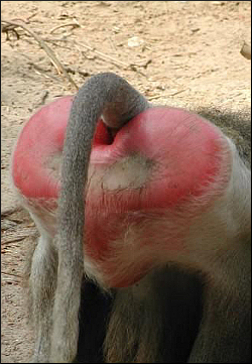 DEPUTY prime minister Gordon Brown survived a backbench revolt last night after pledging to change his style of leadership and blah, blah, blah, you're not still reading this are you?

Mr Brown, who demoted himself in last week's stupid, pointless reshuffle, told a packed meeting of the parliamentary Labour Party that err… um… something about challenges… Have you seen Drag Me to Hell yet? Apparently it's very good.

As Mr Brown failed, once again, to understand that he was the problem, first secretary Lord Mandelson sat silently in the corner, stroking his badger while two large, muscular African men smeared handfuls of duck fat into his bare thighs.

For those of you still reading, the rebels then said something about Brown facing a fresh challenge in September by which time Sky and the BBC should have unveiled their autumn schedules, while Liverpool coach Rafael Benitez will almost certainly have been committed to a mental hospital.

Meanwhile Tory leader David Cameron repeated his call for an immediate general election, obviously forgetting there was a really good episode of Frasier on one of the satellite channels, though sources said it was okay because he has a DVD recorder.

Tom Logan, professor of politics at Reading University, said: "It was the episode where Eddie the dog is all depressed. Turns out he had lost his little doll. Great stuff. As for Brown and Mandelson and Cameron and the BNP. None of it matters. At all."

Margaret Gerving, a retired headmistress from Godalming in Surrey, said: "Oh, I stopped giving a fuck about this back in March dear. Have you seen Angels and Demons yet? Apparently it's rubbish."