THE actor and singer-songwriter Tom Waits has emerged as the frontrunner to be the new voice of Muppet-in-chief, Kermit the Frog.

As the previous voice actor stepped down after 25 years in the role, Muppet bosses said the creator of Swordfishtrombones and star of The Outsiders could ‘refresh’ the much loved children’s character.

A spokesman for the Muppets said: “Some may say Tom’s voice is ‘grizzled’ or perhaps ‘utterly terrifying’. We think it’s filled with life experience.

“Kermit is now 62-years-old and maybe it is time for him to sound like a frog who has ‘seen things’. The Rainbow Connection has layers – as you could be about to discover.”

A spokesman for Waits said: “The next Muppet movie could feature ‘Kermit’ performing Tom’s classic song Pasties and a G String.

“The film would be about hunting for a horde of ancient treasure that’s hidden under a strip club.” 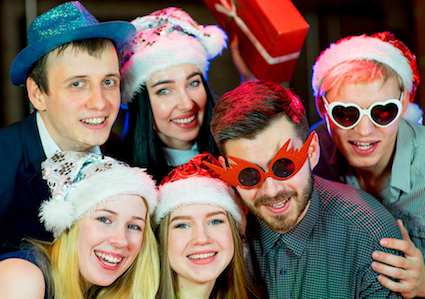 ADULTS who think it is quirky and fun to use words like ‘sleeps’ and ‘holibobs’ have been told to just stop it.

Other phrases that should never be spoken by anyone over the age of 18 include ‘yummy’ and ‘nom nom’.

Meanwhile, ‘adulting’ has been singled out as a particularly awful method of self-congratulation used by people who are unwilling to embrace adulthood.

Nikki Hollis, 32, said: “I see myself as a kooky Zooey Deschanel type who lives in a Brooklyn apartment and collects vintage plates, even though I live on the outskirts of Swindon and work for an insurance company.

“I refer to my partner as ‘The Boy’, although he’s 38 and several stone overweight. We love to snuggle in front of repeats of Saved By The Bell. Sometimes in a onesie, or maybe a tutu.”

Professor Henry Brubaker, of the Institute for Studies, said: “The world is generally a horrible place so you could argue that people try to escape into a pathetic state of childlike innocence is understandable.