Man working up courage to use middle urinal

A MAN is trying to find the courage to urinate between two strangers.

Wayne Hayes has entered the pub toilet in Croydon to find two of its three urinals occupied and must now attempt to engage in elbow-to-elbow intimacy with strange men while emptying his bladder.

Hayes said: “The toilet door is closed. The two men stand like sentries. And there it is, in the middle, taunting me.

“I can’t acknowledge the situation. I just have to gird my loins, step up boldly and get the boy out as if there weren’t men midstreaming either side of me.

“Like Ronaldo taking a penalty, I have blocked out my surroundings. The world to left and right has ceased to exist. I must now make the supreme effort.

“I will emerge from this shaken, but stronger. I will have been tested and will emerge, once more, as a man.”

Evolutionary biologist Dr Mary Fisher said: “Mankind’s unwillingness to wee next to others is an instinct deep in our hypothalamus and speaks to our instinctive understanding of other humans as predators.

“You wouldn’t wee next to a leopard, would you? Exactly.”

Cheese is so good we’d freebase it if we could, agrees everyone 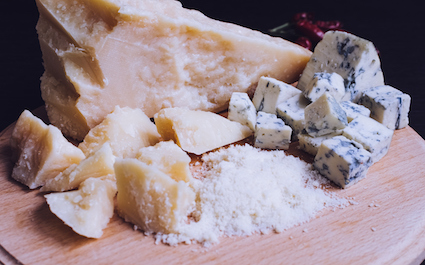 CHEESE is so good that if it were possible to cook it with a blowtorch and inhale it deeply into the lungs it would definitely be worth it, Britain has agreed.

Cheese fiends across the country have said that even if it caused serious health problems, addiction and homelessness they would do it just to get more cheese in their system.

Tom Booker, from Warwick, said: “I order the stuffed crust four-cheese pizza, I follow it with a cheese board and I’m still in front of the fridge at midnight, but getting my hit takes too long.

“If I could chase my cheese dragon off tinfoil somehow, or in a little glass pipe, or possibly inject it directly into a vein, I’d be a happy man for however long it lasted. Probably not long.”

Fellow cheesehead Julian Cook said: “I used to have a riverfront apartment, a BMW, a City job. Now I squat in an abandoned shop with nothing but a fondue set and whatever vintage cheddars I can shoplift from Waitrose.

“It’s like William Burroughs said: ‘If God made anything better than cheese, he kept it for himself.’”