DIRECTOR Danny Boyle has confirmed that the new Trainspotting film will focus on the enjoyment of real ale.

Twenty years on from the original film, the main characters now have jobs, families and bouts of angina that makes taking smack impractical.

Boyle said: “The film opens with Lust For Life and Renton running down the high street to get home in time for his Ocado delivery.

“All the old characters are there – Renton, Begbie, the other two whose careers never really happened – and this time the caper isn’t about buying a massive shipment of heroin, it’s about making a lovely, nutty home brew on an allotment.”

The original film was controversial, with many claiming it needlessly glamourised Ewan McGregor.

The sequel comes with the tag-line: “Choose Life. Choose a job. Choose a career. No, really, you should. They’re obviously much better than festering in a manky squat.” 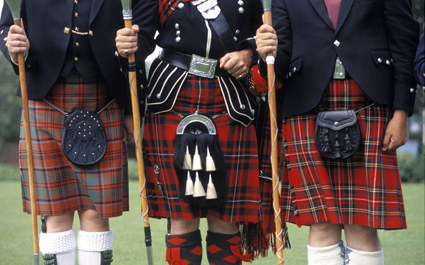 ENGLISH people who keep taking the piss out of Scotland are also baffled as to why the country might want independence.

After Nicola Sturgeon made a renewed call for independence, English loudmouths responded with tired stereotypes and jokes about fried food.

Builder Norman Steele said: “I don’t get why Scotland wants to cut itself off when they can be ruled by a more advanced country where we’re not pissed all the time or eating bags of offal in a bothy.

“If it wasn’t for English subsidies they couldn’t afford all their heroin, deep-fried Mars bars and hospitals for when they have a heart attack. That’s sort of a joke but I also think it’s true.

“Did I mention bagpipes? And what about the Loch Ness monster, it’s just a log and they think it’s a dinosaur.”

Sales manager Nikki Hollis said: “A backward country like Scotland doesn’t have any industry, just some shacks in the highlands making whisky and souvenir golf accessories.

“They’ve got a pretend parliament but we’re in charge really, like when my toddler ‘helps’ me with the cooking and I just let her mess around with some gravy granules then throw it away.”

Scot Tom Logan said: “I used to be opposed to nationalism but after meeting enough English pricks I’ve started wearing a kilt, woad and a claymore, which is unusual for a GP.”