UNDERGROUND train drivers have complained about the repetitive nature of daytime television programming.

Frequent industrial action means that tube drivers have now seen every episode of Judge Judy at least twice, and are thoroughly sick of Homes Under the Hammer.

Tube driver Tom Booker said: “When you’re on strike most of the time you soon realise there’s nothing to watch in the day but antiques auction shows, snooker repeats and maybe the odd war film with David Niven.

“I could afford Sky but I think getting it would be a betrayal of my socialist principles.

“Maybe the BBC could do a new daytime series of Doctor Who, except it’s called Doctor Tube and he drives a time-travelling train instead of a Tardis.

“We should add that to our next list of demands.” 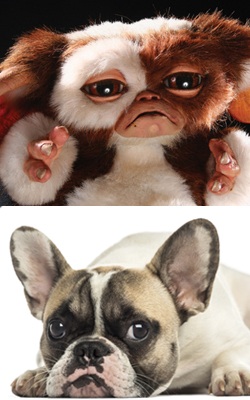 DOGS will soon be indistinguishable from Gizmo in Gremlins, it has emerged.

Evolutionary biologist Tom Logan said: “Dog breeders are responding to demand from people who loved the film Gremlins as kids and are now old enough to spend three grand on a tiny extraterrestrial-looking mammal.

“Like mogwai, you don’t feed Frenchies after midnight. Not because weird slimy eggs burst out of their backs, but because their arses are volcanic.”

French bulldog owner Emma Bradford said: “I just remember the magical moment Billy Peltzer went into the old Chinese man’s shop and heard the mogwai humming an unearthly song. It was so cool and mystical.

“I had hoped buying our French bulldog would be like that. But the breeder was a stern woman in jogging bottoms who lived in a semi that smelled of dog piss and dog shit.”

Tom Logan added: “Don’t buy a French bulldog expecting it to be able to drive toy cars or make a bow and arrow. They aren’t even very good at breathing.”