DRAMATIC TV shows must have proper conclusions that resolve everything and stop this ambiguous nonsense, Ofcom has ruled.

The watchdog received a record number of complaints following the ending of Doctor Foster, which once again left viewers with an unacceptable number of unresolved questions and loose ends.

A spokesman said: “These kind of endings were acceptable in high-quality arty television like The Sopranos, but for an weeknight drama to be employing them is simply lazy and confusing.

“We’ve had reports of viewers unable to sleep, forced to seek out recaps online, and suffering the troubling sense that not everything in life ties up easily in 90 minutes. Intellectually they can’t cope.

“In future, high-profile drama must conclude with the good characters rewarded, the bad characters punished, and the audience left with a warm feeling of closure without unsettling overtones.

“Resolve your plotlines in a satisfactory manner or face record fines. That’s the law.”

Doctor Foster fan Donna Sheridan said: “The ending really made me think. Bollocks to that.”

Millennials drinking less than their parents did because pints aren't 40p 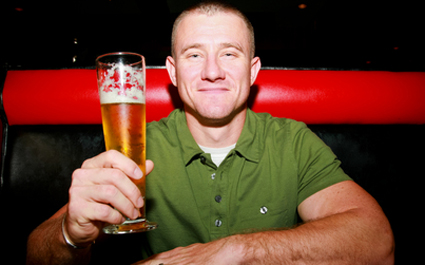 BRITONS born between 1984 and 2000 drink less alcohol than previous generations because it costs more than a fiver to get shitfaced, research has found.

Other factors, including increased awareness of health risks and the need for smashed avocado on toast, have proved less important than the financial challenge of getting properly trousered three nights a week.

Tom Booker, 19, said: “All my life I’ve heard about the Student Union where one could pay 40p for a pint of ‘Skol’.

“It’s the only reason I got my A-levels and agreed to a 46-grand loan.”

He added: “It’s all bollocks. We don’t drink because it turns out that a pint costs an hour’s wages. As does everything else.

“That’s the one and only reason we’re all against capitalism and shout ‘Defund the police’. Because of that ale lie promise.”