MOST people who watch period drama Wolf Hall think it is about modern-day mentally ill people who dress in colourful tights.

Wolf Hall fan Susan Traherne said: “It is a reality show about crazy people who wear avant-garde catwalk fashion and break into castles for parties.

“My favourite is the big ginger because of his stupid hat and pointy shoes. Hahaha what an idiot.

“You can’t really hear what they’re saying but it doesn’t matter because you are too pissing yourself at their ridiculous appearance. Although I hope they are locked up when the cameras stop, some of them have big swords.”

Wayne Hayes said: “My uncle says Wolf Hall is set in history but that is clearly rubbish because back in history people were monkeys. Also there were dragons everywhere.” 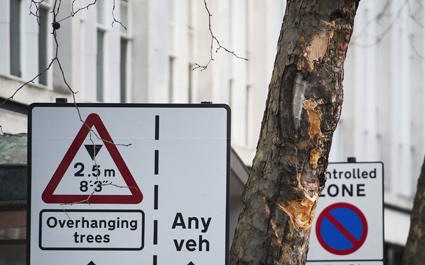 BLOGGERS have claimed that a tree involved in a bus crash was deliberately planted by the government.

Reports that low branches ripped the roof off a London bus were debunked by commentators who claimed to have read eyewitness accounts of a special reinforced MI5 tree being used.

Online blogger Sheeple69 said: “How can wood cut through metal – have you ever tried to split a chainsaw with a chopstick? Also, it was due on that part of the road six minutes earlier so why the delay? ‘They’ will tell you traffic congestion.

Theories differ on why the hit was called, with the majority involving oil or lizards, but the online community are demanding answers to the questions they think are important.

Many want to know why the photo of the damaged bus does not include upstairs windows found on that model of Routemaster and why government departments keep hanging up on them when they phone them for the thirtieth time that day.

A group of passengers who offered to meet with bus-deniers were snubbed after blogger 1lluminat1 discovered one of them used to work for the council.

Sheeple69 said: “You carry on believing what the corporate media feed you but the 35 subscribers to my blog know the truth.”