Watchdog to investigate Cash in the Attic

The Watchdog probe was launched amid claims that an episode of Cash in the Attic was dropped because that week’s attic belonged to Jimmy Savile.

A Watchdog spokesman said: “We have emails sent between members of the production team which show there was a concerted effort to cover-up the contents of Savile’s creepy loft.”

One email reads: “This is a very bad attic. Very bad indeed. Certainly contains very little that could be sold at auction, or at least an auction that would not make you want to vomit.

“There is no cash in this attic. There is only horridness.

“Under no circumstances can this attic appear on television. As far as the BBC is concerned, this attic does not exist.”

Another email also suggests removing the loft ladders from Savile’s house and burning them, thereby sealing-off the attic forever.

Media analyst Julian Cook said: “Licence payers will no doubt be tremendously impressed that the corporation is now getting its programmes to investigate each other.

“Perhaps the BBC could also hold an inquiry into what the fuck it’s going to do when David Attenborough retires.”

Tories demand to know why Osborne was on a train 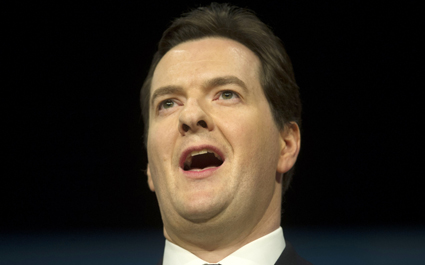 CONSERVATIVE party officials have asked George Osborne to explain why he was using public transport.

The Moomin-faced Chancellor caused controversy last week after refusing to pay for an upgrade on his ticket and insisting that his aides should be considered as luggage.

Tory backbencher Denys Finch Hatton said: Whether or not George intended to pay his fare ignores the more fundamental question of what he was doing in a metal tube full of squalid paupers.

One can only assume his helicopter was in for servicing, his chauffeur had died and hed somehow mistaken the ghastly contraption for a public convenience, which is what Im told they predominantly smell of.