What will be on Nigel Farage's undoubtedly shit new show?

NIGEL Farage has been drafted in to improve ratings on GB News, but what will his new talk show consist of? Here’s a good guess:

Not taking the knee

Not taking the knee isn’t really a thing, like not going to the cinema or not collecting stamps. So this will presumably just be Nigel standing up or sitting down. Excellent telly.

The worst guests in the world

Normal TV shows try to have a variety of guests. This won’t. It’ll be the same tossers: Laurence Fox, Melanie Phillips, et al. Even Mark Francois may not wish to be associated. Certainly don’t expect Graham Norton on the sofa amusingly bantering with Scarlett Johansson.

One critic compared the production values of GB News to those of a community radio station. This is quite generous because, technical problems aside, at least community radio isn’t obsessed with ‘culture wars’ to the point of psychosis.

Please let this be the case. Nigel could do a fun round-up of this week’s news called ‘A Week in woke’. A bit like Jay Leno, but with precisely zero viewers.

Just a guess, but Farage’s show will focus on precisely the talking points you’ve heard a million times before: ‘cancel culture’, is Black Lives Matter a Marxist movement, etc. Maybe he’s got something different in mind, like a wide-ranging discussion of British colonial history with Oxbridge academics, Benjamin Zephaniah and Bonnie Greer, but don’t count on it.

You’d expect Nigel to plug his pet project endlessly, but it’s all going a bit wrong. So instead of UKIP types, the show’s entire audience is likely to be Farage-haters and people watching it ironically. 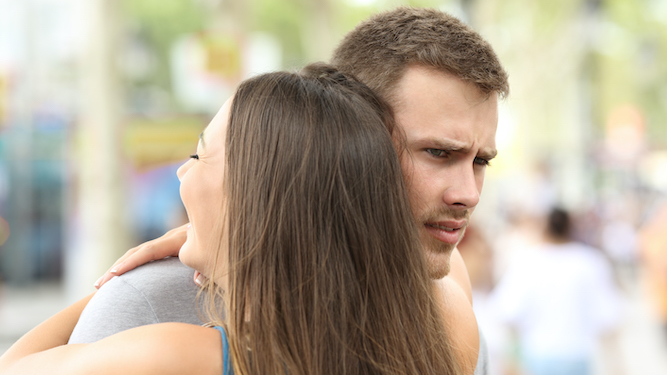 It’s Freedom Day: social distancing is over. Here are some of the arseholes who are immediately going to be up in your grill:

You can wave goodbye to the glory days when no one was allowed sit next to you on a bus. Brace yourself for some sweaty city worker, yelling into their iPhone, to thunk themselves down beside you and ram their briefcase into your ribs, while you press your face against the window and pine for the days of lockdown.

There is a certain class of prick that pride themselves on their strong handshakes, and they’ve been at a loss throughout the pandemic. With 18 months of intimidatingly tight greetings built up in their systems, be prepared for the return of clammy, painful palm squeezing.

Most social groups have one friend who has absolutely no concept of physical boundaries. Thanks to social distancing, you found their company more tolerable than usual. Now, though, expect the grim return of them drunkenly throwing their arms around you and breathing wetly into your ear.

Table service is being ditched in pubs. This means we face a return to standing at the bar trying to catch the attention of the one overworked staff member while someone made even more socially inept than usual by lockdown tries it on with you. Maybe get some cans and stay in for a couple more weeks.

As you queue in Tesco Extra, you will notice a sensation that you haven’t missed: someone standing right behind you and breathing down your neck. These idiots still believe that standing so close you can smell their body odour makes paying for their shopping quicker, even though 18 months of civilised, spaced out queuing has proved otherwise.